The Horror of Supervillainy and A Nightmare on Elk Street are done!

I have fantastic news! 2020 was a hard year for anyone but it was especially hard on the writing process. Yet two of my manuscripts have now been completed, edited, and turned into Crossroad Press for publication!

THE HORROR OF SUPERVILLAINY

The Horror of Supervillainy is the seventh volume of the Supervillainy Saga and I'm pleased to say one of the best. Gary has decided to ditch supervillainy for the side of angels but he's terrible at it. Thankfully, an opportunity to provide his bona-fides come in the form of a talking raven who wants to give him a chance to rescue the President's daughter from vampires! But is it a trap? Of course it is. 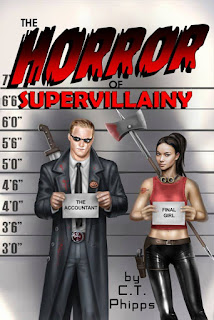 A NIGHTMARE ON ELK STREET

The third and final Bright Falls Mystery novel is finished! Jane Doe is now at the height of her powers but, unfortunately, that doesn't pay the bills. Taking on a security job with a horror film company that wants to use "real" monsters in its production. Unfortunately, the movie is threatened by a force that quickly turns its attention to Jane. Plus, Jane finally has to make a decision she's been avoiding for years. 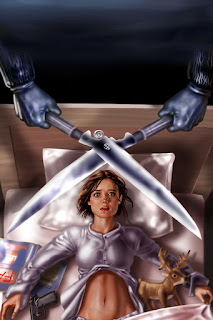