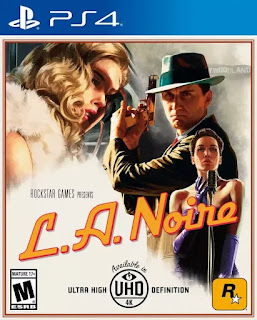 LA Noire by Rockstar Games and Team Bondi is one of those classic games that has managed to stand the test of time despite the fact it was not a massive success in its initial release. It was created under extremely taxing circumstances, using the latest in motion capture technology, and managed to find an audience but not an incredibly huge one. People came into it expecting another Grand Theft Auto and got something much closer to a linear adventure game.

The premise is WW2 veteran, Cole Phelps, has taken a job as part of the police in the post-war economic boom town that is Los Angeles. Cole has some bad memories of his time in the Pacific Front, no kidding, but is generally thought of as a war hero. However, he's eager to put his past behind him and forge a new life by solving crimes as well as working his way up the incredibly corrupt LAPD. Unfortunately, Cole is as honest as the sun is shiny. 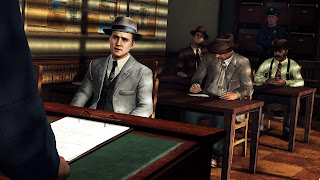 The positives of the game are difficult to put into words because they're really-really positive. The facial capture technology provides the game as close to photo realistic as was possible for the time and the characters mostly hold up even eleven years later (Note: this is a review of the remastered version). The recreation of Los Angeles is spectacular and the game really has the benefit of giving you a look into a cityscape that no longer exists.

The real humdinger of the game, though, is the writing and this is probably one of the best written games of all time. Alongside Red Dead Redemption 2, this is a truly great story and would make a great movie or book if it wasn't already an incredible video game. The individual cases are incredibly well-realized with stories ranging from a skeevy film maker blackmailing his actresses for sex, the infamous "Black Dhalia" case expanded into an entire story arc, and more mundane cases like a Jewish man murdering a man who abused him one too many times. The larger narrative is also pretty good, invoking both Chinatown as well as LA Confidential. If you haven't seen either of those then Who Framed Roger Rabbit's freeway plan. 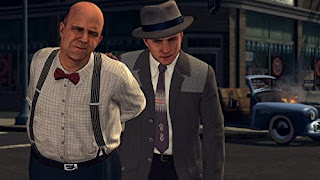 The gameplay is primarily based around, shockingly enough, actual police work. Cole goes to crime scenes, examines them, gathers evidence, and then interrogates suspects. Sometimes he gets into shoot-outs and action scenes but surprisingly rarely. This is honestly closer to Phoenix Wright instead of Grand Theft Auto. The goal is to figure out who did it, where, and with what as in Clue. Very often, it will involve watching the facial animations of suspects to see them overact some tick that gives away they're lying.

The quality of the acting deserves its own salutation because it really is impressive to look upon. There's some real quality actors here like John Noble among others. The characters tend to be archetypes but never so much that I didn't believe they were real characters either. Which is another thing you don't often see in these sorts of video games, if not video games in general. 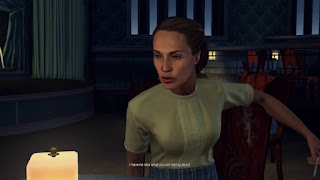 Now for the flaws of the game. The first one is the fact that it's actually very inconsistently designed. There's no reason for the game to be an open world title because there's nothing to do in the open world and nothing would have been lost if they'd just begun every case directly after the last one. A better developer might have also incorporated more open world activities or made the "random crimes" spread throughout the map ones you can find via map marker.

The game is also full of fantastic cases but also seems like it's skipped over some important character beats as well. One emotional subplot is a main character having an affair in a time when that was illegal and could get you fired from your job. However, we never get to know the main character's wife or the person they're having the affair with so it comes out of nowhere. Just a little bit more would have gone a long way in terms of character development. The game is fantastic when it's doing cases but drops the ball in a few areas. 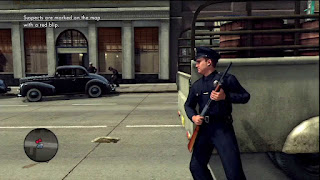 There's also a switch in protagonists when, bluntly, one of the protagonists is substantially better written than the other. An entire fascinating story about morphine smuggling, real life crime boss Mickey Cohen, and the Post-War financial situation for veterans is only available to learn about via video cutscenes. It would have been much better to actually play out the scenes. Of course, given the game took seven years to make, talking about the things they could have included is probably a mistake.

Gameplay wise, LA Noire is underwhelming because the investigations are entertaining enough but could have been supplemented with more action scenes as well as things like car chases as well as more exploration. There's also annoying little details like the inability to easily skip cutscenes (you have to look up how to do so online). The game is definitely for mature gamers with racism, sex, murder, and a dark gritty take on Post-War Los Angeles. This is a very period accurate view of the world as well as a very cynical one. Which, of course, is right up my alley.

LA Noire was remastered in 2017 and a VR version of the game was released. Virtual Reality is not my thing but worth considering for those who are into the whole thing. Right now, it is about twenty dollars and I think it's a real bang for your buck kind of deal. I strongly recommend the game even with all of its flaws.