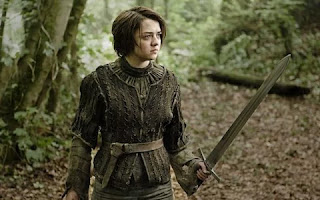 One of the things I love is grimdark fantasy. I write for Grimdark Magazine, I love numerous grimdark series, and I occasionally dip my toe in the genre even if I'm probably way too light-hearted a soul to really touch base with it despite my many grimdark protagonists. One of the things I recently had a conversation regarding, though, was about feminist grimdark.

For the sake of avoiding miscommunication, what do I define as feminist grimdark? Both feminist and grimdark? Feminist fiction for me being fiction that that deals with the problems and perspectives of women through the lens of oppression or acknowledgement of their struggles. It covers everything from The Handmaid's Tale just to Buffy's kickass adventures. Grimdark, for the purposes of this article, is a description of dark and gritty adult science fiction or fantasy. It's not meant as a pejorative but as a way of saying, "This stuff gets dark, yo. Keep the kiddies away."

I thought I would share some recommendations for books both by women and about female adventures with a particularly dark as well as twisted bent. I welcome anyone who wants to contribute their own recommendations to the story and why.

For the sake of avoiding miscommunication, I'm going with the criteria.
RECOMMENDATIONS 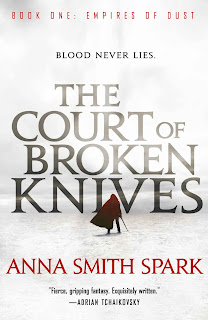 The Court of Broken Knives by Anna Smith Spark

For me, the most fascinating story about this grimdark book would have to be the tale of Thalia the High Priestess. A woman who has spent her life committing abominable sacrifices in the name of a (probably) nonexistent god wants to live a normal life for herself. Well, normal is a complete failure when she hooks up with the psychotic yet charismatic warlord Marith. Anna Smith Spark has rightfully earned her mantle as Lady Grimdark with this dark and twisted tale. 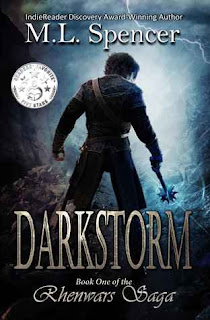 The Rhenwars Saga is actually based around the characters of Darren and Quin but my favorite of her creations is undoubtedly Merris in the first book. A young street urchin who is adopted as a sorceress, she's a character who goes in entirely new directions than is normally expected from such a formula. The women of the Rhenwars Saga are expected to be the support and love interests of the men but oftentimes find themselves out of such roles, pursuing agendas that would never be accepted under rules of "traditional" fantasy. 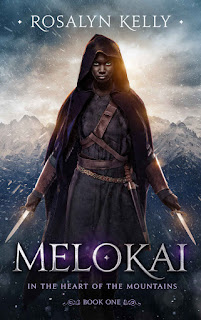 When I first was coming up with this article, I was actually just going to talk about her because her books are a fascinating glimpse into some genuinely twisted grimdark that has a definite feminist bend. The Peqkyrian people are a brutal imperialist slaver culture. They're also a race of matriarchal women warriors. The corruption of their ruler, the Melokai, makes up the first book and is a fascinating glimpse into someone who is as flawed as well as outright corrupt as anything you'd find in George R.R. Martin. The Peqkyrian are the protagonists but not necessarily the heroes and how they impact other women in other nations makes some fascinating twists as well as turns. 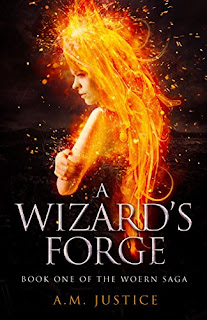 A Wizard's Forge by A.M. Justice

The story of Vic is an interesting tale of a typical fantasy heroine's desire to go out "there" and learn more only for it to go horribly wrong when she's kidnapped by pirates and sold as a slave to a man interested in breaking her mentally. She escapes, becomes a warrior, learns magic, and then struggles to continue deal with the gaslighting that continues to effect her decades later. I really liked this book for its continuing ability to zig whenever I expected it to zag. Others struggle with the fact the heroine isn't automatically going to make the right decision. 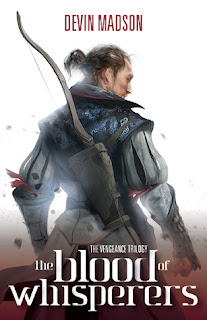 The Blood of Whisperers by Devin Madson


Really, I love all of Devin Madson's work and there's nothing I wouldn't recommend by her. A friend of mine says that I should be recommending We Ride the Storm but I just happen to like this installment by her slightly more. Princess Hana was a character that spoke to me and I liked her more, what can I say. The fact it's not automatically set in a Medieval Fantasy world was a good benefit to it as well. 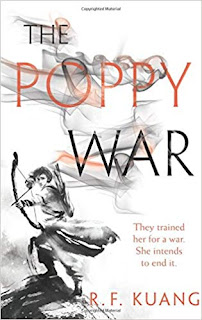 The Poppy War by R.F. Kuang

I would be extremely remiss if I didn't put this one on the list as it's rightfully earned its place as one of the stand-out books of the genre. Taking the Young Adult formula of other books and putting it through the ringer, it uses a fantasy version of the Second Sino-Japanese War (a.k.a WW2 for many of us laymen) to show the sheer stark brutality of it as well as how it can corrupt even the kindset souls. This is probably my no. 1# "you must read this. 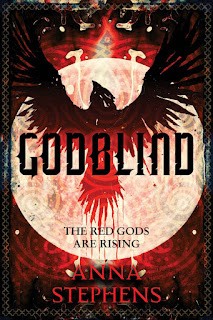 Godblind is the hard-hitting debut by Anna Stephens and the first volume in the Godblind Trilogy. The novel is a medieval epic fantasy set in the small land-locked kingdom of Rilpor and its antagonistic western neighbours, the Mireces. The geography is small, but the cast is large, with ten point-of-view characters. All are variously traumatized, and none escape with clean hands. The rigorous pace and savage fight scenes make it compelling reading. Women play a fantastic role in both the religion as well as the narrative with it being among my all-time favorite grimdark stories. 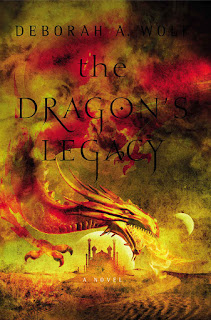 The world is dying and everyone in a nomadic desert people and its neighboring China-like empire knows it. However, the two races are meeting the conflict differently with questions of heritage, lore, and family playing a central role in the story. It may not be the darkest fantasy to get the grimdark label but I learned about it through Grimdark Readers and Writers so I'm going to count it anyway. I absolutely love these books. 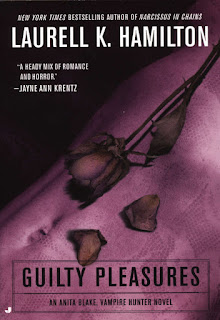 Given the predominance of urban fantasy and paranormal stories by women, this is a strange one to pick out of all of them to put up here but I think it deserves that spot. Before Laurel K. Hamilton's signature series went, uh, into a different genre she created it with the idea of making a feminist heroine who was as prone to drinking, violence, sex, and brutality as any male noir hero. She also added vampires. I remember picking this up due to its descriptor as an "R-rated Buffy" and I still have an affection for the first ten or so books about a Necromancer vampire executioner. 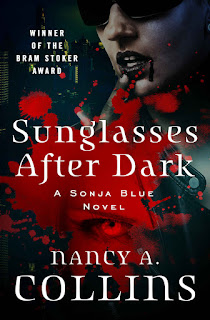 Sunglasses after Dark by Nancy A. Collins

This is another cheat but it's my love of morally ambiguous anti-heroines and Worlds of Darkness that brought me into grimdark. Really, I could go all day with my recommendations but I'll choose this one here. Sonja Blue is just a character I love and as a amoral vampire is one of my favorite. I especially like this volume because its villain is a Tammy Faye Baker-esque religious con woman who manipulated her circumstances to become powerful while betraying every virtue she claims to possess.
Posted by CTPhipps at 12:15 PM