The Subversiveness of Aiden Pearce 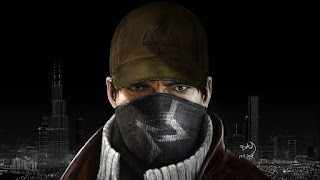 Warning - this review will contain spoilers for the storyline of Watch_Dogs.

Aiden Pearce is a controversial character from Ubisoft Entertainment. As the protagonist of Watch_Dogs, he has been derided by many as being boring or flat. I couldn't disagree more. In fact, I'd argue that Aiden Pearce is one of the most subversive characters Ubisoft has ever created. He is a character who challenges the idea of the video game escapist fantasy and illustrates how even a "successful" hero would come off as a monster or hypocrite to those around him.

Before I get into my analysis of Aiden, I'm reminded of Roger Ebert's review of Ghost Dog: The Way of the Samurai. The premise of this very awesome movie is that a modern-day black man chooses to live as a samurai in modern-day New York, working as a hitman for the mob.

Here's what Roger Ebert had to say about the movie:

It seems strange that a black man would devote his life to doing hired killing for a group of Italian-American gangsters after having met only one of them. But then it's strange, too, that Ghost Dog lives like a medieval Japanese samurai. The whole story is so strange, indeed, that I've read some of the other reviews in disbelief. Are movie critics so hammered by absurd plots that they can't see how truly, profoundly weird "Ghost Dog" is?

The reviews treat it matter of factly: Yeah, here's this hit man, he lives like a samurai, he gets his instructions by pigeon, blah . . . blah . . . and then they start talking about the performances and how the director, Jim Jarmusch, is paying homage to Kurosawa and "High Noon." But the man is insane! In a quiet, sweet way, he is totally unhinged and has lost all touch with reality.

His profound sadness, which permeates the touching Whitaker performance, comes from his alienation from human society, his loneliness, his attempt to justify inhuman behavior (murder) with a belief system (the samurai code) that has no connection with his life or his world. Despite the years he's spent studying The Way of the Samurai , he doesn't even reflect that since his master doesn't subscribe to it, their relationship is meaningless.

This is the, essential, story of Watch_Dog's Aiden Pearce except the character chooses to live as Batman in the ostensible "real world." He doesn't wear a giant Batsuit nor subscribes to Batman's code against killing but he has a costume, a utility-belt equivalent in his near-magic iphone, and styles himself the Vigilante with a-little-too sadistic glee. He is, in short, a thoroughly normal video game protagonist.

Gamers are conditioned to accept a lot of things which are utterly insane, of course. When Max Payne decides to put down his badge and murder every criminal in New York, we treat this as a perfectly normal action. When Batman chooses to put on his iconic suit, we act as if this is a heroic act. Even Grand Theft Auto's protagonists live in a world where their evil is just part of a larger cultural tapetry. Indeed, their worlds justify the choice to be something other than the "normal" person we all are trapped in our lives as being. This is an important part of the narrative.

Aiden lives in the real world.

Or something damn-near close it.

The fact Aiden Pearce lives in what is, ctOS and powerful Irish mob aside, "our" Chicago throws this entire cliche narrative out of whack. When Aiden suffers the horrific loss of his niece to a drive-by-shooting aimed at him, he thinks of revenge. His sister? The girl's mother? She advises him to go to group therapy, clean up his life, and to be there for his surviving nephew. But Aiden doesn't do that because of two factors:

Aiden's seriously mental and so wrapped up in an adolescent fantasy he doesn't see it's not justified by the game world. Not in the narrative or the assumptions of the setting. His insanity is an understated sort of thing, he's not delusional and doesn't hear voices. Aiden, however, does react to events in a manner which is dissonant with just about everyone else depicted in the game.

Even as Aiden is playing the Vigilante, he is also engaged in numerous "Fixer" contracts which consist of him doing work-for-hire illegal activities. These things happen in-story so they're a canonical part of Aiden's character. There's also the fact Aiden's best friend and biggest ally, Jordi, is a professional criminal every bit as bad as the kind Aiden chooses to fight. Aiden acknowledges the hypocrisy of this relationship but needs Jordi to get closer to his revenge.

The duality of Aiden's character is best exemplified in one of his main activities for gaining money. Aiden funds his war on crime by draining the bank accounts of the individuals he scans on the streets. While gamer who wants to veer Aiden closer to the moniker of "good guy", despite the fact he does Fixer contracts, will only steal money from the most disreputable of clients, nothing prevents Aiden from doing so to the public at large. He claims he's doing this for the sake of his family and he's reformed but is either true? Has Aiden really changed at all?

Aiden was a career computer criminal and implied Fixer well before the events of the game. The opening events of the game, indeed, are him emptying the accounts of Chicago's rich and famous for the benefit of both himself as well as his mentor Damien. Aiden begins his actions as the Vigilante because of the death of his niece but, to an outside observer, it's very clear these actions aren't terribly different from his previous nighttime activities. The allure of money, violence, and excitement are a drug which Aiden is drawn to--even when he's supposedly pursuing his relative's killer.

This would not, necessarily, be hypocrisy if Aiden was simply after his niece's murderer. Revenge, after all, is a values neutral motivation belonging to both heroes and villains alike. However, Aiden devotes much of his in-game activities to stopping crimes in-progress as well as criminal convoys as well as destroying gang hideouts believes he's the Vigilante and it's his job to clean-up Chicago. This, despite the fact he remains part of the criminal underworld he ostensibly fights. Whether Aiden has a High Reputation with the public or a Low Reputation, he is a person who strongly believes himself to be a force for good now.

Whether it's true or not.

The game doesn't shy away from the fact Aiden's statement this is all for Lena is a lie as well. Continually, throughout the game, Aiden's sister, Nicky, serves as the voice of sanity on his shoulder. She states that Aiden is not making the world a better place by going after Lena's killers. Indeed, she states that it's very likely Aiden's actions will cause further harm to their family. Nicky proves to be right when she's kidnapped and her son is forced to witness the horrifying actions of his uncle in fighting the local mobsters--leaving him traumatized. Aiden's actions force his only remaining family to flee the city, staying just ahead of retaliation for his activities.

In effect, repeating the actions which got his niece killed.

The game's self-awareness extends to the very act of Lena's murder. The six-year-old girl wasn't, in fact, the target of hitman Maurice Vega. Maurice, a Fixer like Aiden and Jordi, was attempting to kill our hero for his actions during the prologue. Aiden has brought the most traumatizing thing possible down on his family in the death of a child, only to continue to make their lives worse by doing the same sort of thing again. Maurice's reaction to the event, an accident, is similar to the way Aiden might react. He is horrified and disgusted with himself, to the point of suicidal depression.

Showing Aiden isn't so different from the criminals he fights at all.

Even Aiden's successes, publishing all the activities of the Blume Corporation and killing Dermont "Lucky" Quinn, are questionable. The ctOS system is spread throughout the world because of the chaos created by Aiden's actions. Furthermore, Quinn is an old man who probably only has a few years left in him anyway. Aiden feels validated by his "successful" revenge but whether he's made the world a better or worse place is ambiguous. The only people who truly benefit from Aiden's actions are the victims of Quinn's human-trafficking network, which is Aiden's one unambiguous success.

One the player has to follow up on with sidequests to get any real results for.

This is not the first time which video games have tackled the issue of escapist fantasy being taken too far in a character's quote-unquote real-life. Spec Ops: The Line follows Captain Walker's deconstructive journey where he desperately tries to make himself the protagonist of a Call of Duty-esque shooter only to make things worse and worse. Grand Theft Auto V's Michael De Santa is a man who, ostensibly, wants to escape the life of a mayhem-inducing protagonist but, of course, fights only vaguely to becoming one again. Assassin's Creed: Black Flag's Edward Kenway claims he's trying to become a "man of quality" for his wife but abandons her for a decade in pursuit of pleasure and glory.

Aiden desperately wants to cling to the image of himself as a hero and a good man. A man who puts his family first over his own needs. Yet, he refuses to abandon the criminal lifestyle which threatened his family and puts them in greater danger in pursuit of revenge, wealth, and glory. He fights crimes but sporadically and in-between committing it for his own selfish gain. When we look at Aiden, we are not seeing a plainclothes hero, we're just seeing someone trying to be one because he can't deal with the reality of his situation.

Contrary to making Aiden a worse character, I believe this actually makes him a more interesting protagonist. The real-world is full of dubious justifications and motivations. The real cost and benefit of our actions is also often unclear except in hindsight.

Why should video game heroes be different?
Posted by CTPhipps at 4:48 PM