In the End review 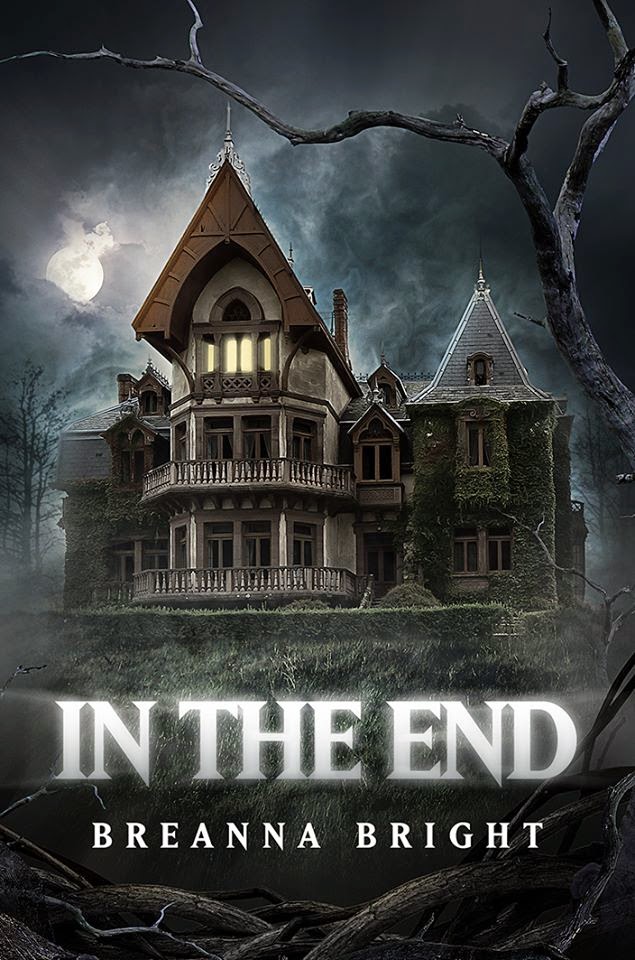 Ghost stories are something I've always felt were a double-edged sword. After all, while they can produce some truly scary situations, there's always the implicit understanding that an afterlife exists. This can dilute the horror somewhat. I am not alone in this view even if my wife thinks ghosts are the most scary thing.

Breanna Bright tackles this dichotomy head on by addressing the fact ghosts are, at once, something people would desperately love to exist (being a chance to continue to meet with one's loved ones indefinitely) and something which shakes the worldview of the person who encounters them. If nothing else, you've probably got something wrong with how the universe's rules work. There's also the fact she reveals there more things than ghosts in the realm of the dead.

The interesting thing about In the End is that it's not a typical horror novel by any stretch of the imagination. I tried describing it to a friend as Garden State meets Paranormal Activity. Which is about the weirdest possible combination I can think of along save My Little Pony and Call of Cthulhu.

The premise is Thursday and Alice are a pair of twenty-something collectible card-game loving geeks who are deliriously in love. Alice would be a Manic Pixie Dreamgirl if not for the fact she subverts the conditions for such by having her own motivations and being the primary star of the book. Thursday is an amateur director who is, more precisely, a cameraman at a local television station. These two have decided to live together in lieu of getting married and choose to buy a creepy old house.

There's something there, as often is the case in creepy old houses.

Breanna Bright manages to avoid much of the usual cliche of, "why would you stay in a house you know to have a ghost or monster in it?" by providing a valid reason for doing so. To say why would be spoiling but boils down to the protagonists needing to be there for the sake of a loved one. This primal emotion can excuse a lot of decisions and while some of them are questionable, none of them are stupid (which I appreciated).

The book also deserves kudos for including a gay couple in the books. The fact I didn't realize either party was gay at first but waited until both men's characterization was established avoided quite a few of the cliches authors have been known to fall prey to.

The two men are cool ghost hunters who just happen to be gay, which is the best kind of representation. The fact they're very likable also helps the story along tremendously. I'm reminded of the comic book store owners from The Lost Boys for their closest media equivalents.

Alice is the best character out of a book which is composed of a very small cast but, of which, all are interesting and humorous. The quirky fun geek girl is a stereotype which often gets a lot of flak but that's because they're too often written as the fantasies of men. Alice is her own character and someone I like a great deal.

I will say, sometimes the other characters come off as a little snobbish regarding her hobbies, though. Alice collects stuffed animals and has a massive collection of Disney movies she watches religiously. This is taken by some of the characters as a sign of her immaturity.

My wife would disagree. Strongly.

While it plays a small role in the setting, I enjoyed the novel's take on spirituality as well. Much like Neil Gaiman and Terry Pratchett, the author's cosmology is a mysterious and very personalized thing. Much of death is said to be customized by the viewers' own experiences and expectations. There are also implied to be many things both powerful, alien, evil or otherwise beyond. I wouldn't mind seeing the author tackle some other subjects sometime.

In the End isn't perfect. One of the many fun characters in the book turns into something of a Deus Ex Machina, the previously ill-defined and terrifying monster is revealed to a existing (albeit not often used) monster, and the ending is more pat than it should have been. Death is the great equalizer as a character in the book says, aping Terry Pratchett's Death, but there's also no take backs.

Still, I'm going to give it a 10 out of 10. While the leads are occasionally so cute you want to punch them in the face (thank you, Amy from Gone Girl), they were so vividly realized I could believe they were real. I would also like to be friends with them.

Buy at Amazon.com
Posted by CTPhipps at 3:28 AM