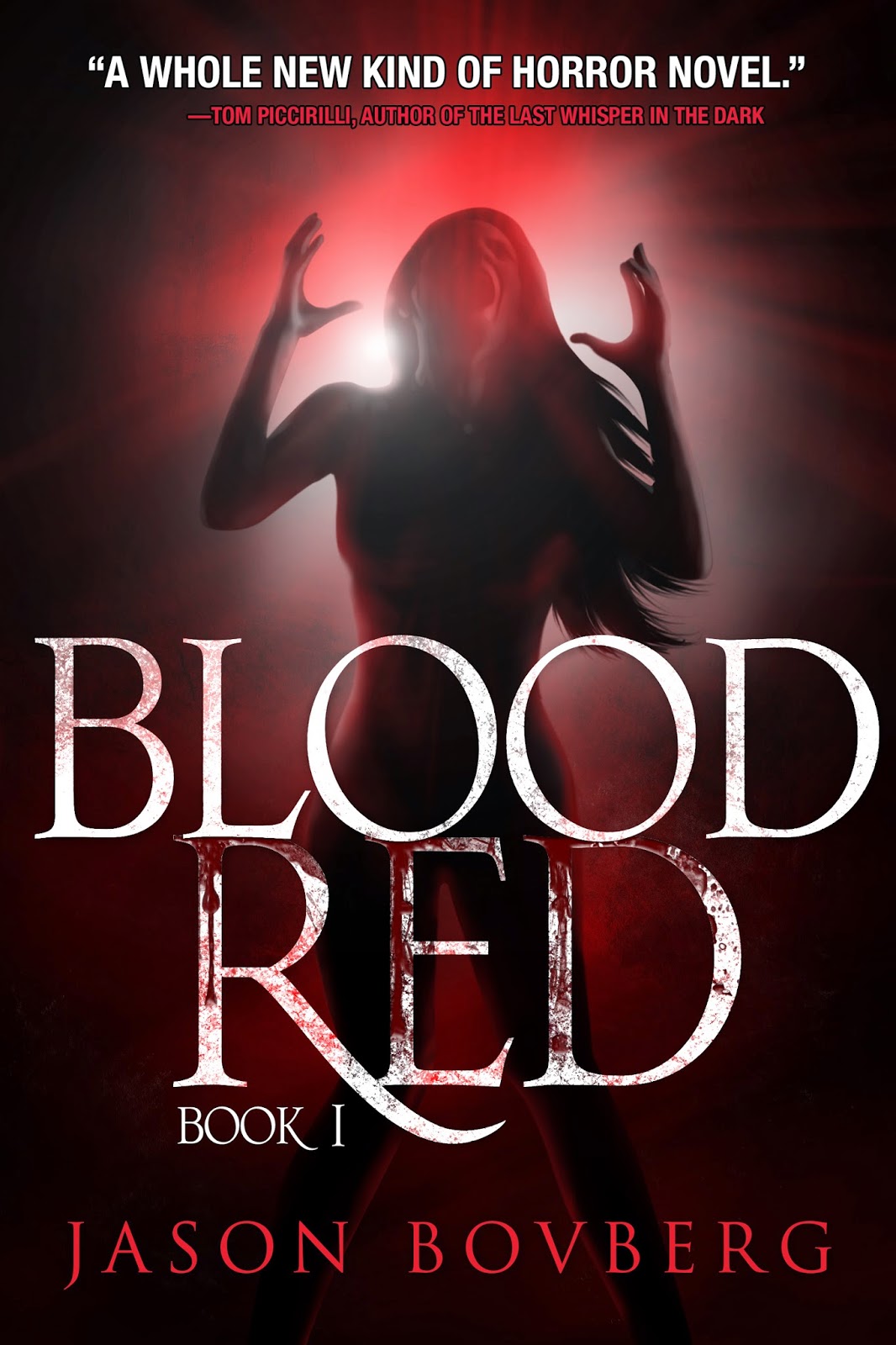 Blood Red is a really good novel. It's not without it's flaws but it does something new with the tired premise of "zombie apocalypse." It also does something which is rare enough in horror fiction that deserves credit. Specifically, it creates a heroine you can both believe in and like.

One of the most common accusations levied against horror fiction is that it is a gendered genre. In this post-Buffy world, great strides have been made to correct the imbalance between male and female protagonists. However, there's still a lingering sense male authors can't write female protagonist worth crap.

Rachel is almost unique in horror fiction, let alone zombie-related horror fiction, in being a great female character without being overly sexualized. Rachel reminds me of Claire Redfield, except she has the sense to wear pants during a zombie apocalypse. She's motivated by sensible goals, has appropriate emotional reactions to events, shows considerable leadership potential, and even manages to remain believable as a teenaged girl.

Jason Bovberg is not limited to just Rachel in excellent female characters, either. The cast is unusually gender-imbalanced to women and almost all of them show exceptional cleverness, fortitude, and will. One character does breakdown but it's momentary and appropriate given the circumstances. As feminist horror goes, one could do far worse than this.

Another thing to note is that Blood Red is a zombie novel and it isn't. The monsters are zombies but not of the stereotypical George Romero kind. They're creepy alien-light possessed beings which it's almost a spoiler to reveal are zombies in the end.

The Red Light is almost certainly Stephen King inspired (or perhaps H.P. Lovecraft's Colour From Outer Space) due to its inexplicable yet eerie nature. Jason Boverg understands the unknown is the scariest thing possible and it's obvious all of the explanations given by characters in the book are pulled out of their ass. We don't know the who, what, when, where, or why of the creatures and that is effective.

One thing I loved about the Red Light creatures (I hesitate to call them zombies) is the author takes special care to detail the unnatural way they move. The Uncanny Valley effect states that things which are just "off" from being human like mannequins are more terrifying than creatures which are obviously not. The unnatural gait, twists, and shakes of the Red Light creatures gave me chills.

The book is not without its bumps, though these are relatively minor. The book's climax doesn't quite reach the explosive level I thought it would. It ended on an emotional note but I think it could have been more cathartic. I was also confused about the final fate of a character Rachel injects with a syringe (it makes sense in context) at the end. I get they died but was unsure if I'd missed a larger context.

In conclusion, I unreservedly recommend Blood Red to fans of both zombie as well as horror fiction. It's not a stereotypical zombie book and that deserves a lot of praise. The fact it also has a awesome female heroine and excellent female-heavy supporting cast makes it rare in a sea of testosterone-filled scary works. I hope to read similar works from the author in the future.

Buy At Amazon.com
Posted by CTPhipps at 6:16 AM