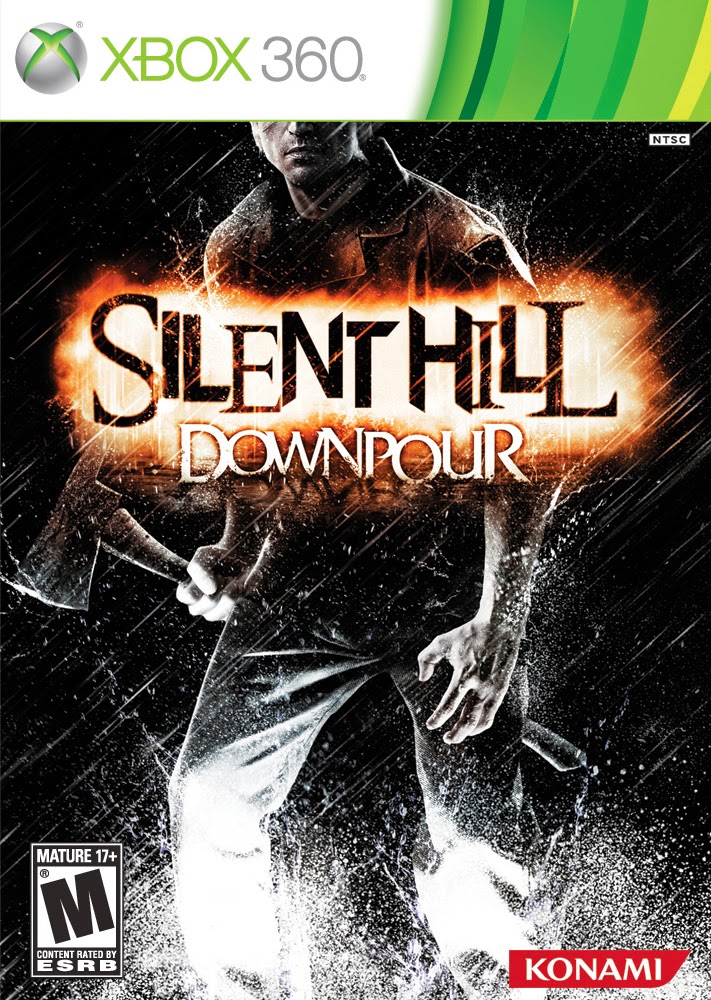 Silent Hill is, with a caveat, the greatest horror game series of all time. The caveat is, unfortunately, it's gotten progressively worse with each installment after Silent Hill 3. Almost as bad, all of its spinoff media is of questionable quality at best. Silent Hill 4: The Room was pretty good despite it's immense amount of backtracking and boring segments and Silent Hill: Shattered Memories was psychologically well-written if not scary.

Everything else like Silent Hill: Homecoming, the comics, and the movies are just eh. Not quite "meh" but eh is pretty close. Silent Hill: Downpour is an attempt to recover the lost credibility of the franchise by telling a deeply psychological story of guilt and supernatural horror. This was what won the franchise much of its immortality with Silent Hill 2, widely considered the best of the franchise. What do they achieve?

If Silent Hill 1 was a really good episode of the Twilight Zone and Silent Hill 2 was one of the best and Silent Hill: Homecoming was a Saw movie then this is an episode of Scooby Doo. The game plays it safe and sympathetic rather than psychological. The previous games were all very R-rated examples of the media while Downpour is squarely in the area of PG-13.

What I'm going to say next is not spoilers since 90% of it is in the opening scene and the remaining 10% is spoiled by interviews. The protagonist, Murphy Pendleton, is a convicted murderer on a bus transporting him to another prison when it crashes on the outskirts of Silent Hill. While there, he is tormented by visions of his crime and monsters who represent elements of his past.

The problem starts at the concept stage, unfortunately, when we find out what crime Murphy is guilty of. He killed the pedophile serial killer who killed his son. Murphy also committed car theft in order to get into prison for this premeditated act. I shouldn't need to point this out but while, yes, it's murder, it's kind of hard to muster up much condemnation for Mister Pendleton.

Countless works of fiction from poems to video games have been made about vengeance for the loss of a loved one. NCIS, one of the most conservative feel-good shows on television, stars a man who hunted down the drug lord who ordered his family and killed them in a vigilante slaying.

Silent Hill doesn't have to be a fair place. In Silent Hill 2, the character of Angela is implied to be damned to a hell of her mind's creation for the crime of murdering her sexually abusive father (and possibly mother but this is never clear). It's easy to understand why Angela is tormented by this act of self-defense, though, and why she can't escape the despair the evil town is torturing her with. Murphy, by contrast, seems to feel somewhat guilty about killing his victim but is largely okay with it.

This would not be a damning offense by itself but the game seems uninterested in exploring any other reasons Murphy might be feeling guilty. Is he tormented by the thought of failing to protect his son? Not really. Does he regret throwing the rest of his life away for killing a man who is already imprisoned for the rest of his life? Not that I can tell. There's a plot thread where Murphy is implied to have done something unspeakable in order to get at his foe--but this, too, falls apart. The game seems worried that, God forbid, we find Murphy unlikable because of something he did in his past.

The game's monster designs are similarly lazy. You'd think in a game series where evil faceless children are one of its most iconic monsters we'd see some of the little bastards show up in order to torment a father traumatized by his son's death. Nope. There's a weeping banshee monster but I have no idea who this is supposed to represent. Murphy's wife? We never get her reaction to Murphy's vengeance crusade. There's some prisoner monsters but we don't know Murphy's relationship to his fellow inmates. Was he abused? A snitch? There's no hint to what sort of life he felt in prison.

The level design is equally unappealing. During one portion of the game, you go through a hellish tunnel-ride filled with countless terrifying monsters and reach the end only to stop. I thought this would result in Murphy having to return back through a tunnel filled with horrors but, no, the car comes right back on its own. A potentially awesome level reduced to nothing more than a cheap carnival ride. Most of the rest of the game is set in Silent Hill itself. Instead of the fog-encrusted streets of yesteryear, it's just kind of rainy. Living in the middle of a valley in Kentucky, that's not spooky to me--that's normal.

Even the Otherworld levels, ostensibly set in an environment inspired by Hell, are actually kind of nice. They take a lot of imagery inspired from Steampunk and Alice in Wonderland. Which, again, doesn't really speak too much to Murphy's mindset. The fact the prison sequence doesn't actually do much set in a prison irritates me almost as much as the aforementioned tunnel scene. Aside from the "stabbing to death a man in the shower" tutorial, there's not much in this which couldn't be on an episode of Scooby Doo (RIP Casey Kasem).

Indeed, the game is only saved by virtue of the fact its characters are extremely likable. Murphy Pendleton is probably the nicest Silent Hill hero (assuming "good" moral choices are taken versus the cartoonishly evil ones) and seems like the kind of guy who would be an excellent horror game protagonist. Murphy Pendleton's version of Inspector Javert, Anne, is equally likable and could have been a co-op player character like Claire Redfield was in Resident Evil 2.

I could go on and talk about how poor the moral choice system is for horror or how the side-quests in the game are bogus (except for one involving an autistic child--which gave me nightmares, good job, game!) but you get the picture. Downpour just isn't scary or horrifying. It also misses a lot of opportunities to do so. It's not a bad game but the biggest problem is, with a little more daring, the game could have been a great one.

Buy at Amazon.com
Posted by CTPhipps at 10:39 PM