I thought I would share some interesting new works from the Phipps Factory. I hope you guys will check them out and enjoy the results. I've almost got all of my series on audiobook and will proceed to finish up the majority of the series from there. 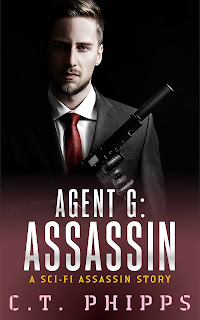 Agent G a.k.a Case Gordon has managed to wiggle himself free from the United States military but the entire world has suffered in its place. After the eruption of a volcano and the release of Black Technology to the world, the world has become a cyberpunk dystopia with massive arcologies replacing the cities of yesterday. Now a ruthless corporate executive, well past obsolescence, he is brought back to deal with the world's most dangerous terrorist: his ex-lover Marissa. 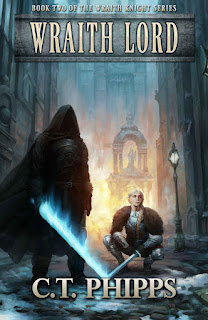 Wraith Lord is the sequel to Wraith Knight and a work I am particularly proud of. The premise of the series is that a Ring wraith-esque individual named Jacob Riverson has regained his free will after the death of the King Below. The sequel picks up after the events of the first book with Jacob now the ruler of the Shadowkind races with his brides Regina and Serah. A messenger from the South reveals that an attack against the North is imminent and Jacob is forced to face an impossible test: how does he get the world to side with the ruler of all monsters? 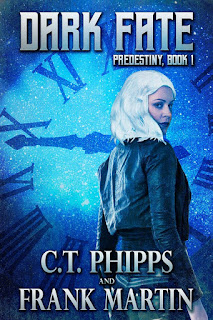 Robbie is an ordinary high school student in a time when the US government is on the brink of collapse. The economy is now under the control of an alliance of megacorporations that seeks to make it a puppet state under their control. During a protest, he is almost killed by a group of assassins. Rescued by a beautiful white haired girl his own age, he's told something he can't wrap his head around: that he will become history's worst dictator and the dying future is out to stop him from rising to power. 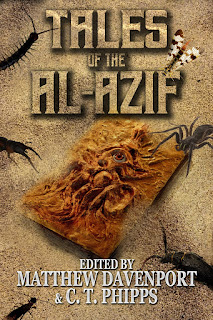 H.P. Lovecraft's famous Necronomicon is not the only fictional book he created. Predating the Book of the Voices of the Dead was the Book of the Insect. Tales of the Al-Azif is a collection of novelettes based around Pulp heroes John Henry Booth, Harry Stubbs, Andrew Doran, and Porter Rockwell by various Cthulhu Mythos authors describing their encounters with the cursed book. I'm very proud of this one. 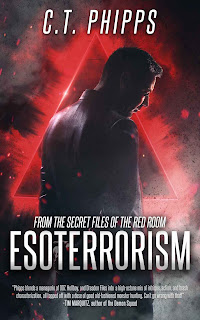 Esoterrorism is a prequel to my United States of Monsters novels or they're a sequel to it depending on how you choose to interpret it. Derek Hawthorne is a agent for the Red Room, the conspiracy that keeps the world from knowing about the supernatural. Its resources are stretched thin with a terrorist organization that is determined to reveal the truth to the world--they're just going to use massive numbers of hungry dead to do it. Derek is framed as a traitor before he can discover who is responsible and it's up to him and his partner to not only prove his innocence but stop the world from suffering a zombie apocalypse.

Available here
Posted by CTPhipps at 9:00 AM