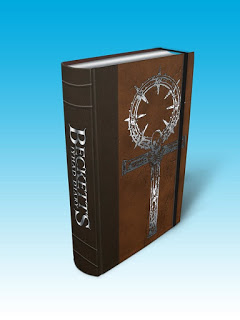 As part of their revival, the developers made a massive Kickstarter to create a book which expanded all the massive metaplot from the original line. The Kickstarter for BECKETT'S JYHAD DIARY raised over $100,000 and met over a dozen stretch goals which has allowed many new chapters to be made.

During the Kickstarter, I did a wonderful interview with Matthew Dawkins, one of the major developers behind this supplement. With the release for it now approaching, he was kind enough to return and answer some more questions now that the Kickstarter is finished. I think everyone will love to hear what he has to say.

1. So, now that the Kickstarter is over, what's your opinion on its success level?

I was overwhelmed by the Kickstarter’s success. We all hoped it would be a popular book so we could give it the deluxe treatment it deserves. Undoubtedly, as a book that revels in the established lore of Vampire, we suspected there would be a lot of fans. Still – just under 300% of its target? We never anticipated that level of success. It was great fun to take part in the Kickstarter and interact with the backers in the comments and updates.

2. You added a lot of new chapters to the book thanks to Stretch Goals. Is there any chapter you're particularly looking forward to working on?

More than any other I’m looking forward to the Omega Chapter. I wasn’t confident we’d hit the funding needed for a larger chapter, one that covered and expanded the plot threads established in all the V20 books, but we managed it. I’m looking forward to revisiting The Red List, V20 Tal’Mahe’Ra, and all the others.

3. You can mention more than one if you like. We rabid fans would love to hear all about them.

Beyond The Omega, I can’t wait to start writing On Mysteries Eschatological. Further Cappadocian, Giovanni, and Setite goodness is always appreciated. We’ll aim to look at these Clans’ approaches to the Sects, and how three groups with such a deathly focus (the Setites may not have Necromancy as a Clan Discipline, but they do have a strong connection to Duat) may endeavor to war, alliance, or at least neutral co-existence.

4. Is there any interest in material like characters, chapters, or setting updates which surprised you? The fans really kept up with the updates from the beginning.

For me the greatest surprise was the Setite interest stemming from our previous interview. While the love for Lucita, Anatole, and Beckett (of course) was consistent, along with hype for our returns to Chicago, the Laibon, the Samedi, and so many other things – the intrigued messages I received off the back of that Setite / Camarilla teaser blew everything else away. It energizes me for the stretch goal chapters, that’s for sure.

5. Do you have a favorite chapter to have worked on and why?

Probably The Fall of the House. There’s just so much crammed into that chapter, and it seems to flow (at least in my authorial opinion). You open with Blood Brothers, move to House Goratrix (the Tremere antitribu), briefly visit Golconda and the Master of Ravens, stop by Transylvania, get interrogated by Karl Schrekt and E Division, interact with Talley to arrange a kidnapping, interview a Salubri Watcher, and discover horrific truths surrounding Clan Tremere. 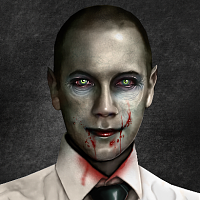 6. Beckett's Jyhad Diary has allowed you and your associates to effectively reset the Metaplot and establish new elements. Is there anything you would have liked to have changed wholesale from the original Revised material?

I wouldn’t change a thing. One could look at the destruction of Clan Ravnos, the death(s) of Baba Yaga, and a whole slew of other plot points (most of which were introduced in Nights of Prophecy) as controversial, and altering the material of the game, but I understand the reasoning for those decisions. I wouldn’t change those decisions even if I could, because while the metaplot advanced with time, a game could be set at any point, and there’s nothing stopping a Storyteller from moving a 1999 event to 2099 or even back to 1899, if they wanted. All the material is valid for someone’s game. It is up to the imagination of Storytellers and players to incorporate or ignore as they see fit.

7. Do you think any of the chapters you've created for the book have the potential to be spun-off into future supplements? Any ones you'd like to work on in that respect?

Too many. I’d love to see a Sect war-themed chronicle set in the Rust Belt of America (incorporating Milwaukee, Detroit, Chicago) in which Anarchs, Camarilla, Independent, or Sabbat are playable. It would be wonderful to write a new mega-city sourcebook for one of the locations I’ve covered. It would also be fantastic to reach into the movements and myths of the esoteric Clans of Tremere and Giovanni.
There are few aspects of Vampire I would refuse to write.

8. Did you ever get a chance to sit down and write your own metaplot developments? Which were your contributions to the V20 World of Darkness?

Let’s see… I’ve written the Harbingers of Skulls and Kiasyd for Lore of the Bloodlines. I’m confident their material will incite more Storytellers to allow them for play, or incorporate them into their games in other ways. Those two bloodlines already harbor a lot of metaplot, and this receives expansion.

I wrote a bunch of sections for V20 Tal’Mahe’Ra, which like its predecessor is a fairly controversial book. My material on cults seems to have gone down well. It was great to revisit the Edenic Groundskeepers, Servitors of Irad, the Capuchin, and other weird and wonderful groups. Oh, and Terrell & Squib from Orpheus! V20 Ready-Made Characters is arguably not metaplot, but note the Tlacique in there. I’m actually proudest of my work on that small book than probably any other.

Beckett’s Jyhad Diary has my fingerprints all over it, but that’s a part of being a developer as well as a writer. The other writers on Jyhad Diary were uniformly excellent. So many fantastic ideas for expanding metaplot in that book. Then we head to the Dark Ages, and Tome of Secrets, for which I wrote… I think, five chapters? Or five sections of chapters. Either way, my philosophy with any material, even Discipline-related (I contributed powers for Setite Sorcery, Necromancy, and others), is to make it a story-tool for chronicles. This power – where does it come from? Who uses it? For what purpose? Expect to see a lot of metaplot buried between the lines of each power I contributed.

Finally we have V20 Dark Ages Companion. I developed that one, and wrote for it. It’s now at art stage. I’ll be posting another teaser on the Onyx Path blog very soon. The writers – Malcolm Sheppard, Steffie de Vaan, Neall Raemonn Price, Susann Hessen, Meghan Fitzgerald (and myself, why not) – turned in fantastic material. I want Companion to become known as “that book filled with cool stuff.” 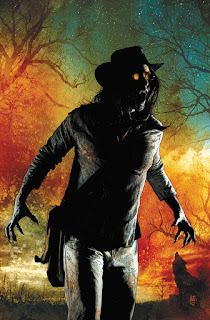 9. A lot of material was pre-released to the fans during the Kickstarter. Do you think that helped build enthusiasm?

We discussed in advance how much we should release during the Kickstarter, and there were opinions on either side. A book like Beckett’s Jyhad Diary benefits hugely from being a book you can re-read. Each time you find new links to old material. I think it helped a great deal to preview the text, as readers (especially roleplayers) like to try before they buy. The results from this Kickstarter show that it worked for this book.

10. Did fan response influence any of the chapters you were going to do or other content?

To some degree. We always have ideas before a Kickstarter. Some we approve, some we dismiss, some we put on the backburner should the Kickstarter succeed spectacularly. The idea with the polls was exactly to allow fan response to have a real impact on the book’s content.

The polls aside, I tried to read every comment on every thread I could find about the book during the Kickstarter. I don’t think it’s good for a writer or developer to take a fan’s idea wholesale (especially not without credit), but it’s useful to identify the direction fans want the book to take.

11. Was there anything from the Old V:TM metaplot you wish you could have removed?

Nothing. The building blocks – even the dodgy ones – of old Vampire: The Masquerade metaplot have brought us to this point. It would be unfair to their creators to delete them entirely.

12. Any elements you weren't able to cover with Beckett's Jyhad Diary. You covered massive amounts but I was wondering if there was anything you wished you'd been able to go over you hadn't.

To give you a bit of a peak behind the curtain, it’s not generally the done thing to discuss the “what-ifs” as inevitably some readers will say “well, that would have been a better inclusion than that chapter on [xxxx]” or what have you. That said? Beckett’s walkabout across Australia never made it in, which saddens me (only a little) as Oceania is the only populated continent we don’t visit; now South America appears in the stretch goals.

We might have seen more Sarrasine (from Constantinople by Night and World of Darkness 2nd Edition), and Kindred society in a country with a heart devoid of feeding stock. I find Australia’s size fascinating. It’s a strange statement, I’ll grant you, but the distance from one urban area to another is epic. Imagine being a vampire on that landmass prior to the dawn of flight. Each domain would exist in a state of long-term isolation. Wonderful. 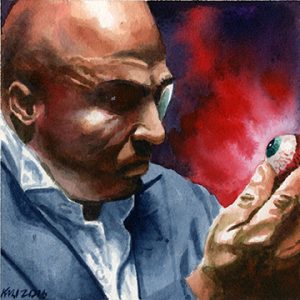 13. What's next after Beckett's Jyhad Diary?

I’ve taken a slight step back from writing since my son was born two months ago. It’s been a fun and busy time. I already hear my keyboard calling, however. It’ll soon be time to write again. I’m attending the Grand Masquerade with Onyx Path at the start of September. More Vampire work may stem from there. I’m also writing for other Onyx Path lines, along with having written a little for Green Ronin (Titansgrave), Cubicle 7 (Cold War Cthulhu), and Helmgast AB (Kult).

While I can’t confirm that I’ll definitely be working on the next big Vampire release, I can genuinely say I’ve enjoyed my tenure writing for V20. Hopefully I’ll get to write more Vampire in the future, and if not, further possibilities always await!

If you happen to be an RPG developer looking for a flexible writer or developer (I can bend over backwards and touch my toes like Voldo after enough time on the rack), please contact me on matthewpeterdawkins@gmail.dot.com.
Posted by CTPhipps at 6:37 AM