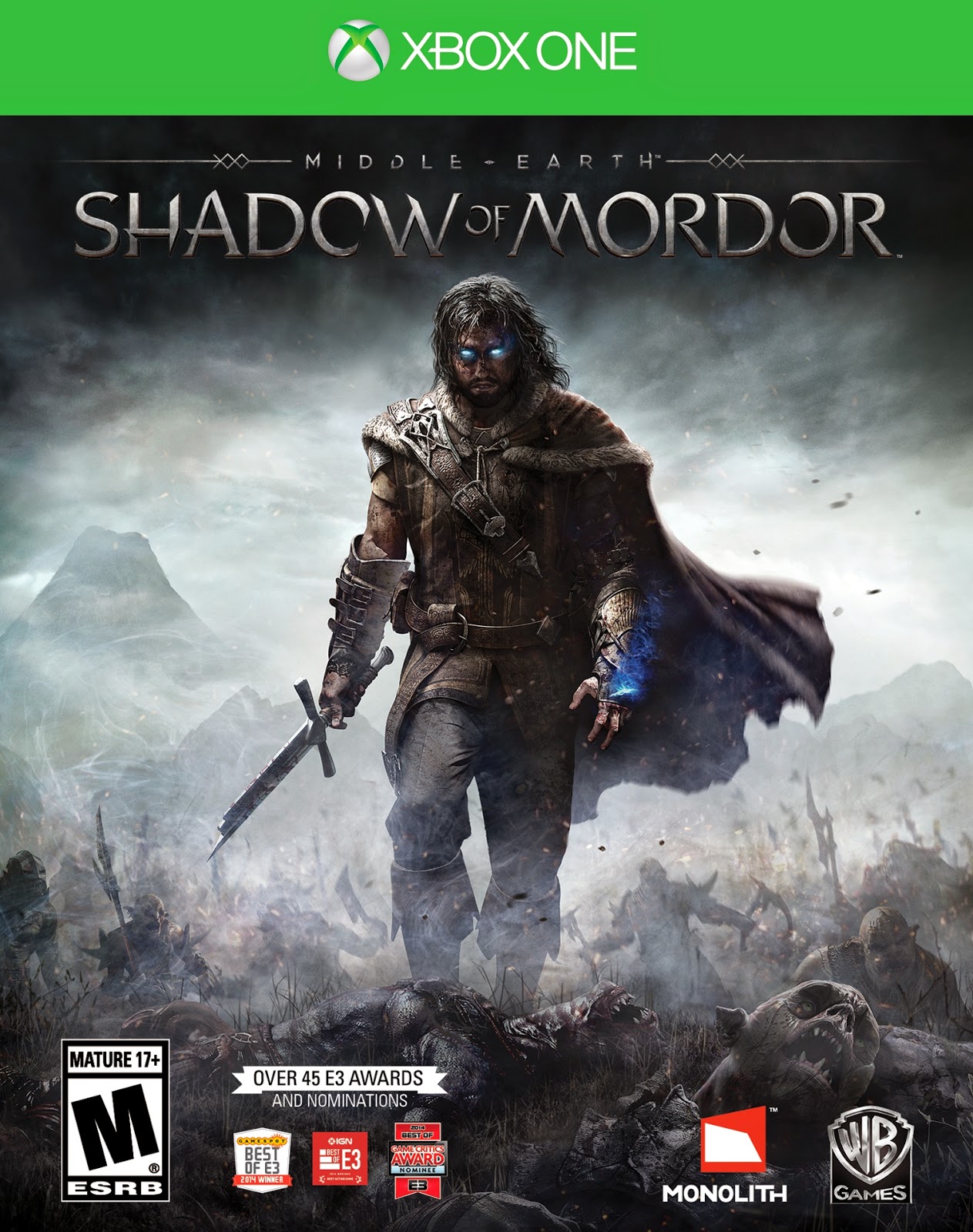 Tolkien is pretty much ungameable.

This is an irony given stuff derived from J.R.R Tolkien is directly responsible for Dungeons and Dragons, which is responsible for more or less all RPGs period. However, the setting is one where all of the adventures have been had. He wraps up the plotlines with nary a loose end and ushers in an age of peace as well as prosperity. Harry Turtledove speculated you could do an excellent sequel by having the Witch King return while I'm a big fan of "Morgoth awakens" as an alternative.

Still, people keep trying to make a Middle Earth game which doesn't involve following in the footsteps of the Fellowship. There's been a couple of successes but nothing which has really stood out, at least in my opinion. So, I was leery when I approached Shadow of Mordor. The idea of doing a darker and edgier Tolkien where you're a kind of supernatural assassin seemed to miss the point of the franchise.

I am pleasantly surprised by the results.

Shadow of Mordor uses a protagonist who is the opposite of your typical Tolkien one: a man who attempts to use dark magic and terror against the enemy in order to highlight the Lord of the Rings' themes on why this is a bad idea.

Talion is an individual who desires revenge for his slain wife and child while the Bright Lord is an elf who has his own reasons for wanting to destroy Sauron. The game is aware Talion is being led down a dark path and watching it unfold is like enjoying a good tragedy.

In a way, this is an antidote to the bright and happy reputation the books possess as there's a lot of dark themes which get overlooked. Talion is more of a Boromir or Feanor figure in that he is well-intentioned but the path of power The game's tone is somber and foreboding with a sense the return of Sauron is something genuinely horrific. We see countless slaves working on rebuilding Sauron's kingdom and overhear the orcs exalting in their petty power over their prisoners.

As mentioned, the story is fairly simple: Talion loses his wife and child during an attack by orcs only to be sacrificed in a black magic ritual designed to bind a ghost into Sauron's service. The ghost chooses to possess Talion instead, providing him with a number of powers similar to a Ringwraith plus several related to mystical forging.

The fact our hero is walking in the path of Sauron himself is something inescapable to Tolkien fans. Either way, Talion intends to kill the Black Hand of Sauron who killed his family in order to break the spell binding him and the Bright Lord. This will result in their deaths but will reunite them with their loved ones.

Assuming Talion and the Bright Lord don't damn each other.

The story shouldn't work as is. Talion is a brown-haired, grizzled, veteran soldier on a mission to avenge his family. He's, quite possibly, the most generic video game protagonist ever but quality voice-acting and writing elevate the material so you manage to like him despite yourself. I think this has to do with him being the more reasonable of the two. The Bright Lord doesn't even remember his lost family but is perfectly willing to destroy the world if it means getting closer to the Dark Lord.

Despite all the attention I'm giving the story, it's a relatively small part of what makes the game enjoyable. This is one of those rare games which would be almost as enjoyable if you just said, "You are a ranger from Gondor who knows magic. Go kill orcs." I spent my first six hours of the game just wandering around doing nothing but stabbing orcs. The reason this never gets old is due to the fabulously innovative Nemesis system.

The Nemesis System, basically, creates a staggering number of orcs who possess names, weaknesses, and strengths. There's a select number of Orc Captains who are always running around Mordor and working to build up their power base so they can challenge the Warchiefs who rule them. This wouldn't be all that interesting if not for the fact the orcs remember you from previous encounters.

Thus, if you're killed by one, then he remembers doing so when you next meet. If you burn one, he's likely to remember that too and mention it. Nothing gets a gamer more invested in a game than knowing there's an orc wandering around the map who not only killed your character but is bragging about it in-game. The actual combat system is a combination of Arkham Asylum and Dishonored, especially once you gain the ability to teleport, and is extremely fun. The fact you don't have to hold back on killing your opponents is great too--at least when they're orcs.

Is the game perfect? Not quite. The plot is rather thin in places and they could have made the storyline much deeper but chose to focus on gameplay instead. There's numerous interesting characters but we don't get much time to deal with them. The world map is also somewhat small, being more akin to a city in Grand Theft Auto or Saints Row than an entire country. The game's ending is also a cliffhanger, which I hate.

Still, am I glad I got this? Hell yes.