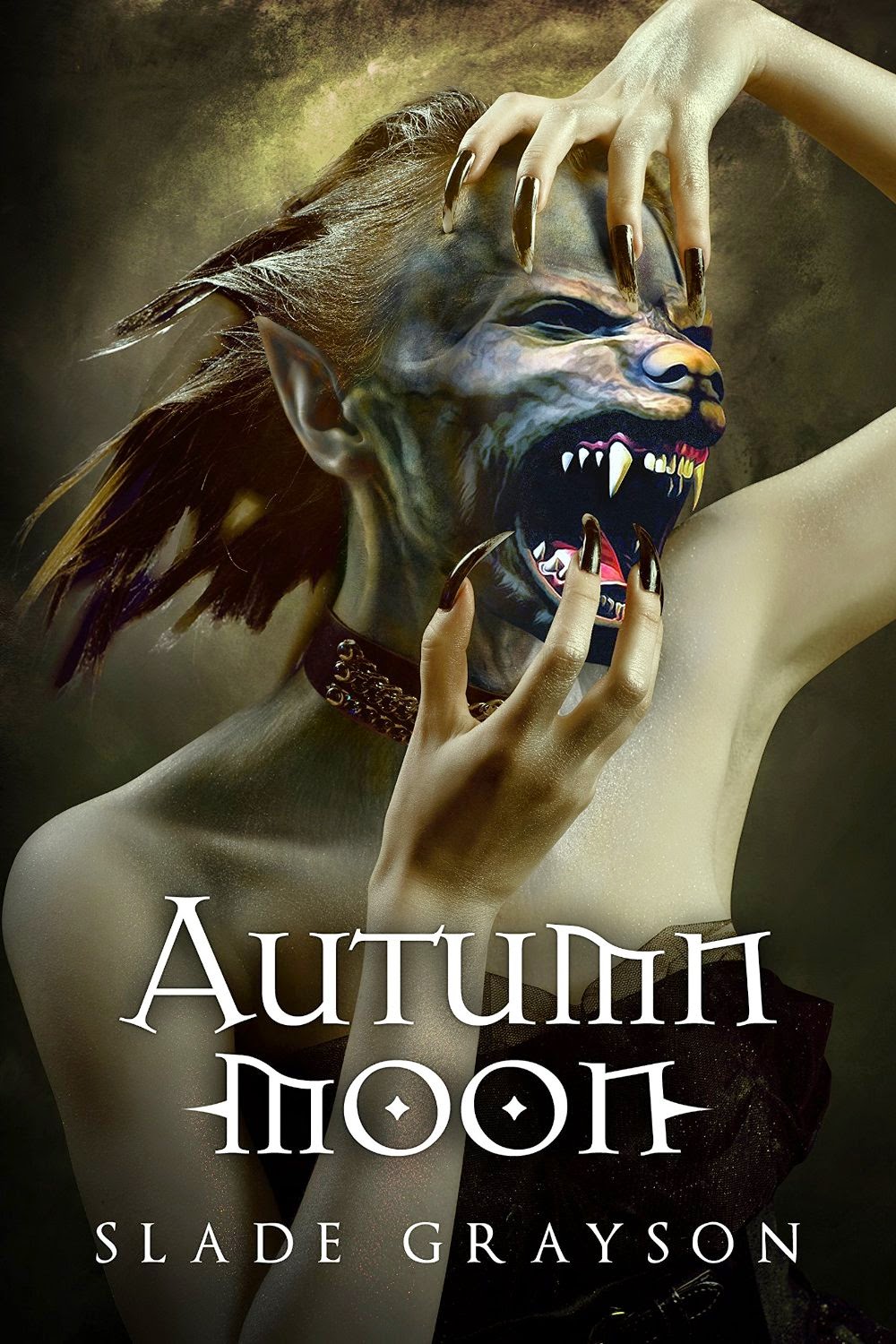 Autumn Moon is one of the best werewolf novels I've ever read. It's a cut above the vast majority of horror fiction I've been forced to subject myself to this year (with rare gems like some of the ones I've reviewed on my blog). Words cannot express the number of books I've picked up which purport to be something new only to be tired retreads.

This book doesn't do something new with werewolves. Instead, it attempts to do something very old. Basically, it takes the concept of people turning into wolves and having them be terrifying. Treating the monsters as, well, monstrous shouldn't be something surprising but in this age of deconstructionalist fantasy, it's nice to see the creatures allowed to have (pun intended) bite.

Autumn Moon opens with a remake of Shirley Jackson's The Lottery. For those of you unfamiliar with the classic story, it is about a small town with the tradition of stoning to death a resident every year. The tradition here is similar and no less lethal, sacrificing one of the town's new adults to the werewolves who live nearby. The werewolves give the sacrifices a chance to outrun them but, of course, they never do.

As President Snow says, "Hope. It is the only thing stronger than fear. A little hope is effective. A lot of hope is dangerous. Spark is fine, as long as it's contained." The werewolves who rule the town of Tanneheuk, Montana allow the people a little hope. They hope their children won't be picked, they hope their children can outrun the wolves, and they even hope some of their kind might be turned themselves. This hope prevents them from rising up en masse, keeping them imprisoned under the reign of the tyrannical "Elders."

Author Slade Grayson takes a rather Stephen King-esque approach to the entire affair. There's never any secret that werewolves are the parties responsible for the town's yearly murder. This allows the author to actually develop the characters of the werewolves who, while evil, are perfectly rounded individuals otherwise. In a bit of chilling realism, the werewolves of Tanneheuk kill humans not because they need to or even like it but for the same reasons the humans of the town give up their children to be slaughtered: tradition.

We get to see the main characters of the novel develop and live their ordinary lives. There's the town's new Reverend, the pot-smoking underachieving Deputy, the Sheriff who is trying to convince himself this is all right, and a family of grifters whose misdeed go from funny to horrifying as events escalate. I'm especially fond of the characters Fern and Amber who are surprisingly developed females in the story with both sympathetic and unsympathetic qualities.

The character of Reverend Drake embodies the author's deft hand at creating nuanced characters who can act in unexpected directions. An alcoholic adulterer, Reverend Drake isn't the sort of fellow you would want leading your church. However, we sympathize with his character when he struggles with his many demons are behind him when he reacts with outrage to the town's evil practices.

Then Slade Grayson shows us how this can easily turn awful as these sympathetic qualities can get twisted into fundamentalist demagoguery. Reverend Drake isn't a great man but he's a great character and I have to applaud his creator for not being afraid to make our "chief" protagonist unlikeable.

All of the characters in Autumn Moon have good, bad, and (under the right circumstances) evil qualities. Watching them choose which to indulge makes the novel swerve left when you think it's going right and I rarely get that sense from a novel.

The strength of this novel is in its characterization. David Lynch's Twin Peaks was built around not the mystery of Laura Palmer's death but the interconnected web of weirdness and quiet desperation afflicting the town.

This is the same way here and it is a stronger novel for its similarities to David Lynch's work. My only regret is that it seems future volumes of the series won't be set in the town of Tanneheuk since the community is the heart of the story rather than the personal journey of Reverend Drake.

The cast is a diverse collection of heroes, villains, anti-heroes, and flawed individuals stuck in a bad situation. Slade Grayson is not afraid to kill off characters unexpected and in interesting ways. Characters you think will play the role of heroes end up playing the role of villains while those you think are scum rise to the occasion.

The book's plot goes in unexpected directions and that's good. Admittedly, again, I wish he hadn't been quite so brutal to the characters since I could have read many stories with these characters. Others will appreciate the finality with which the author treats the plot.

I am surprised this book will be a series but hope that future volumes will continue to have such a quirky ensemble cast rather than become focused on a single central character. Otherwise, I feel the series would lose much of its mystique and enjoyability.

A small warning, there is some strong sexual content in this book. This includes a hilarious scene which might as well be out of American Pie given its ludicrous nature (involving oral sex and a visit from one's mother at the same time).

There is also an attempted rape, which may be a trigger for some readers. Incest subtext exists between two of the grifters (who probably aren't related) and two of the werewolves (which becomes text later). Consider yourself warned, fair readers.

In conclusion, Autumn Moon is a great werewolf novel and a pretty good novel overall. The ending is kind of a little off because it chooses to end right at the climax when an extended epilogue would have been better. Otherwise, I have no complaints.

Buy at Amazon.com
Posted by CTPhipps at 9:35 PM