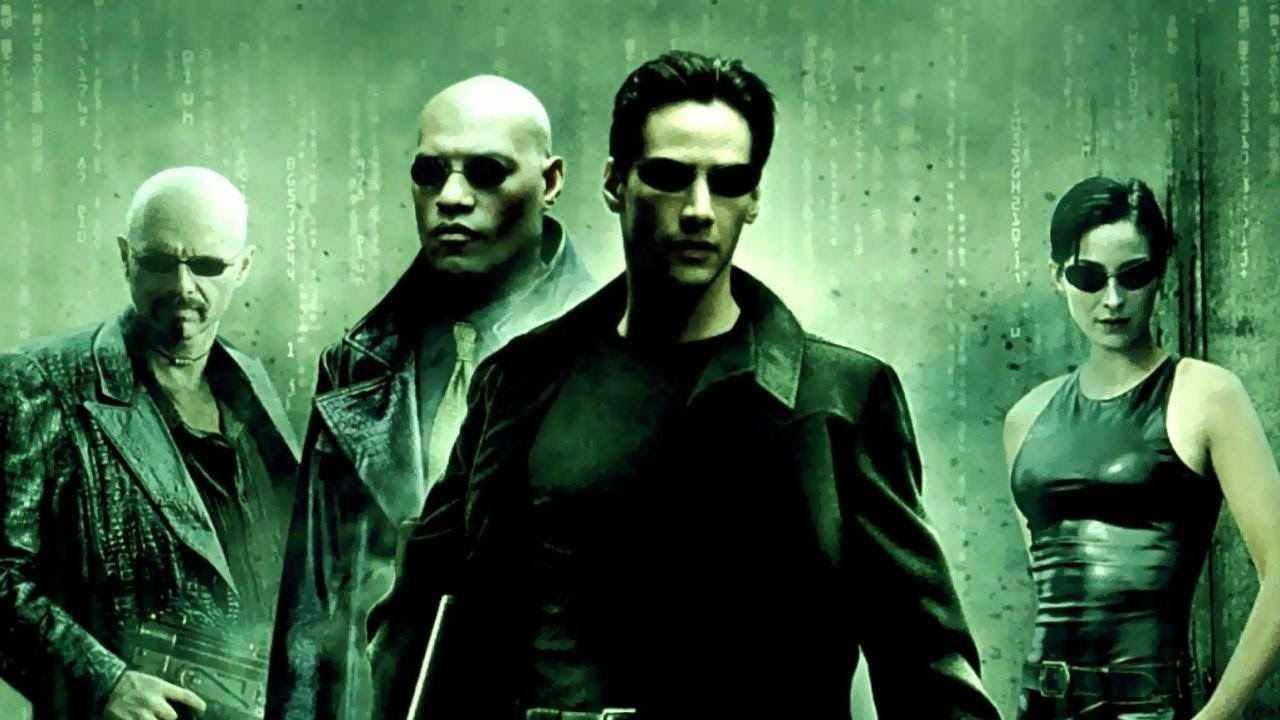 When deciding what sort of genre you want to write in, it's important to familiarize yourself with the kind of tropes and expectations of them. One of my favorite subgenres is also one of the most influential and, sadly, one of the ones whose roots have strayed furthest from its original source.

I, of course, speak of the titular cyberpunk genre. Cyberpunk influences all walks of fiction and even modern-day life but few people identify these elements as specifically from the genre anymore. In a very real way, we are living in a cyberpunk world. Nevertheless, cyberpunk is such an influential genre it created Gothic Punk (which gave rise to urban fantasy), steampunk, and numerous other builds as well as defined much of the contemporary or near-future science fiction of the past forty years. 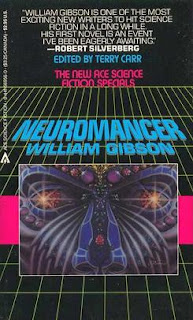 Author Bruce Bethke coined the term cyberpunk for his 1983 short-story, appropriately titled Cyberpunk. The etymology of the word also indicates just what it is about. Between the late 16th and the 18th centuries, punk was a common, coarse synonym for prostitute. Shakespeare, himself, used it several times and its vulgarity was part of its appeal.

Punk music, started in the 1970s, was coined as a term for the garage bands of the day that would take on a defiant anti-establishment tone. Cyber is from the word cybernetic, which comes from the Greek adjective κυβερνητικός meaning skilled in steering or governing. Cybernetics is about technology and tools which interface with us humans.

What does Cyberpunk mean? Bluntly, it means getting ****ed by technology. In its raw essence, cyberpunk is a view of the world which means that technology will not make life better for humanity but only give the oppressor a different means of brutalizing the underclasses. It's not necessarily a technophobic genre, far from it, but it is an unromantic view of technology's power.
If I may be so bold, the first cyberpunk novel may be R.U.R or Rossam's Universal Robots, a 1920 science fiction play by Karl Cabek depicting the oppression of living machines. The roots of technology not being a beneficent force but an oppressive one also shows up in Metropolis and the writings of Ardus Huxley. Huxley, in particular, gave a stunning view of a predominately clone-society ruled by worship of Henry Ford values of greed and industralization in 1931's Brave New World.

The modern conception of cyberpunk is something entirely different, however, and owes its popularity to two primary sources: the works of William Gibson and the movie version of Bladerunner. Bladerunner provided the public with the view of a used-up science-fiction future where the majority of work was performed by enslaved Replicants (androids so real they bleed, feel, and age). The majority of people were impoverished, sick, and living in the shadow of corporate ziggarauts which were deliberately modeled after those of ancient Babylon.

William Gibson's works, particularly Neuromancer, Count Zero, and Mona Lisa Overdrive created the idea of a massive sprawling civilization which had exaggerated almost cartoonish values of materialism and addiction to technology. Despite not knowing a thing about computers, William Gibson created the hacker-hero archetype with Chase and predicted the importance of safe data transfer with the protagonist of Johnny Mnemonic.

Cyberpunk would proceed to become an influence on animation, roleplaying games, fashion, movies, and video games. Among my favorite of cyberpunk works include the original Bubblegum Crisis, Ghost in the Shell: Stand Alone Complex, Hackers, the Deus Ex games, Mike Pondsmith's Cyberpunk 2020, Shadowrun, and The Matrix. There While the last straddles the line of cyberpunk and post-cyberpunk, being about a prophesied messianic figure, it still falls in the line of what the genre is all about.

A lot of fans of the genre love the tropes without actually caring about the meaning. Cyberpunk is one of the first genres to forward style over substance. Fans of the genre often think of mirrorshades, trenchcoats, cybernetics, hacker heroes, ruthless megacorporations, epic poverty, and a general sense of doom brought about by societal collapse. This is all dross, however, for the real heart of the story. Which is man versus machine and society.

Cyberpunk is unique in that it is very pro-technology but also extremely wary of it. Science and technology abound in cyberpunk fiction, to an almost-fetishsized level, but the number of misuses from it are astounding. On a basic level, cyberpunk fiction must believe that technology will not make the world a better place. The flaw is in the human, rather than the machine, though. If technology solves humanity's problems or makes the world better then it is probably Post-Cyberpunk or simply science-fiction.

I've mentioned in previous articles the similarity of cyberpunk to noir fiction. In both settings, the corruption is endemic and irreversible. You may strike against the system, even score a few moral victories, but how much you may actually achieve is questionable. Any salvation the world may achieve is often through the destruction of the old without explaining what will come thereafter.

Some cyberpunk works actually allow the machine to collapse thanks to the efforts of the protagonist, even if this usually comes with some form of cost. There is a strong anarchist sentiment to cyberpunk and it's not so much the protagonists have a better idea for how to run the world than anything would be better than the status quo. Even so, the protagonists may or may not believe in the positive ends they work toward.

The movie version of Johnny Mnemonic has Johnny struggle against his own extreme selfishness versus a larger social good. Despite the near-apocalyptic nature of the threat, Johnny has to be dragged kicking and screaming toward any positive end. Because of the noir sensibility, cyberpunk heroes tend to be loners and rebels. The flaws of these individuals are as intricate to realizing the setting as their merits. Decker, the protagonist of Bladerunner, is an individual who hunts Replicants for a living despite their apparent humanity. Case in Neuromancer is addicted, physically, to the internet.

To live in the general dystopian worlds of cyberpunk and come away unphased will feel inauthentic to all but the most deft of writing. Genuinely noble souls, like Robocop's Alex Murphy, are often chewed up and spit out by the world--forcing them to rebel because society won't allow them to be good.

The villains of cyberpunk are typically part of the establishment. They need not be actively malevolent but enforce a status quo which oppresses and dehumanizes. Corporations are a favorite villain in the medium, representing the unchecked growth of greed and profit better than almost any other group. They are not the only sort of villains which can serve as cyberpunk foes, however. Corrupt governments, organized crime, and even mad scientists are all viable enemies for cyberpunk stories.

Paul Verhoven's Robocop created one of the
most perfect cyberpunk villains in the despicable megacorporation Omni Consumer Products (OCP). Omni Consumer Products destroys the life of noble police officer Alex Murphy, feeds off the misery of Detroit's population like a parasite, and ruins more lives via its business policies than "normal" criminals could ever hope to match.

OCP's not an uber-efficient evil empire, though, but a bloated fat dragon whose members are so obsessed with their bottom line they're actually incompetent. OCP does as much damage through cost-cutting as they do through any plans which work. This is embodied by the robot ED-209, which is at once highly dangerous and pathetic. The cool efficiency of many science-fiction villains is absent from cyberpunk as not even the cause of evil is immune to the slow decay of the world.

While the genre was most famous in the Eighties, Reagan economics combining with new trends in globalism as well as mechanization, the world has actually become far closer to the globally integrated but poverty-stricken vision scene in the writings of many writers. Computers are ubiquitous, data is taken from us everywhere, and the wealthy are in bed with the ruling class--so only some things are changing. This means cyberpunk is more relevant now than ever but less distinct from daily reality.

The Watch_Dog video games and popular television show Mr. Robot are both distinct cyberpunk works about rebels fighting against the corruption of the world around them with computer knowledge. They also take place in the quote-unquote real world. Contemporary society is something fully capable of hosting cyberpunk stories now. My own Agent G series is base around how the modern day ends up becoming a chrome and mirrorshades dystopia.

So what is the appeal of cyberpunk? In a very real way, it is the allure of raging against the machine. An individual may not be able to make the world a better place but he might be able to strike against the oppressor. Everyone loves a rebel and cyberpunk is an excellent way to exaggerate existing trends before sending your protagonists against them.
Posted by CTPhipps at 8:24 AM