Top Ten Tips for Running the Sabbat in V5 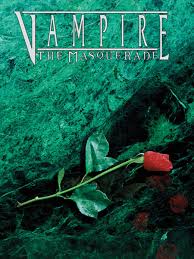 So, I've decided to do another Top Ten list that I hope will help those fans of the Black Hand know what's going on with their favorite sect. All of the information below comes from the books presently released for 5th Edition or from the developers of upcoming board games like Chapters. Of particular help was The Chicago Folios and Chicago by Night 5th Edition's Lasombra chapter. 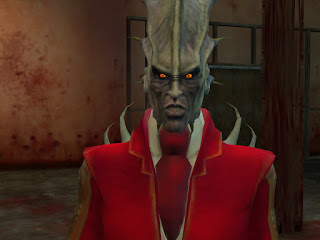 The Sabbat have taken some heavy blows in the past twenty years. The Fourth Sabbat Civil War after the death of the Regent proved to be less important than the subsequent events. The Camarilla took Sabbat strongholds of Mexico City and Montreal, the Lasombra clan suffered a mass defection, their American branch has abandoned most of its territory, and the Second Inquisition has hit the sect particularly hard. There is also rumors that it is suffering attacks by the Drowned in Central and South America. Nevertheless, the Sword of Caine remains alive but diminished. Its primary focus remains the Gehenna War but packs, infiltrators, fortress cities, and breakaway groups like the Seven Fires carry out their dark mission.

2. The Gehenna Crusade is ongoing

The Gehenna Crusade is a mission by the Sabbat akin to their 1999 war against the Camarilla of the East Coast, except even larger. A massive amount of Sabbat chose to abandon their cities to go seek out the Antediliuvians in the Middle East. It is now the primary focus of their military efforts as well as resources. Perhaps surprisingly, they found a lot of Ancients and have managed to destroy them at great cost. The Beckoning has also summoned thousands of vampires to the Middle East to do battle with the Sabbat, luring out the Elders of the Camarilla in open battle. The Sabbat is winning this conflict according to the Ivory Tower and indulging in massive amounts of diablerie.

3. The Lasombra Clan is divided

While the statement the Lasombra have defected to the Camarilla makes for good copy, it's not entirely accurate. More precisely, it is good to say that half of the Lasombra have defected to the Camarilla and have attempted to kill their sect mates on their way out. Each Lasombra defector requires an older member of the Sabbat to turn over, staked or destroyed, in order to receive sanctuary. This has certainly resulted in a lot of damage to the sect as well as confusion but many Keepers remain loyal to the mission. If for no other reason than the Sabbat is where they've built their powerbases. Nevertheless, this is akin to a civil war in the Clan and has badly damaged its once-great purity of purpose. 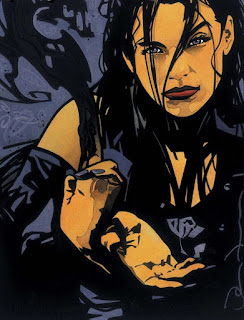 An implied recent development is the Sabbat have lost their war with the Beast. Already the most monstrous, inhuman, and "evil" of sects--the Sabbat always had a claim to fame that they had a better control over their monstrous natures than the Camarilla. Paths of Enlightenment, the Vinculum, and brutal dictatorship kept the ranks in line. It appears this has completely failed with the diablerie, blood addiction, and monstrousness of recent events causing many Sabbat members to fall to the Beast permanently. Groups like the Seven Fires are indiscriminately violent and members have begun to turn on each other. Their cruelty was always present and, indeed, a point of pride but now seems to be the point. So much so the Lasombra defection was partially motivated by this degeneration.

5. The Sabbat has lost its monopoly on Kindred religion

One of the things that has both benefited and hurt the Sabbat is that it ended up winning the culture war with the other sects. The Camarilla has ceased to deny the existence of the Antediluvians while the Ministry has started to propagate religion among the Anarchs en masse. Ancestor cults, the revival of the Cainite Heresy, Lilith worship, and stranger religions are now common place among the formerly skeptical undead. This has severely hurt the Sabbat since those who believe in the Antediluvians and Gehenna no longer have only the Sword of Caine to turn to. Some have even defected to more religious groups from the sect like Doyle Fincher.

6. The Anarchs and Sabbat have switched roles

The Brujah, Gangrel, and Ministry joining forces has effectively made it a sect every bit as large as the Sabbat used to be with a strong undercurrent of religious extremism. It is now violently seizing Camarilla cities like Las Vegas, Berlin, and more. The Sabbat, by contrast, has abandoned much of its former territory in order to live on the edges of Camarilla territory in secret. Groups like the Seven Fires live in Chicago and carry out their attacks in secret while forming their own independent cells outside of the Prince's control. The new Sabbat work to undermine, corrupt, and convert while paying little attention to holding territory. 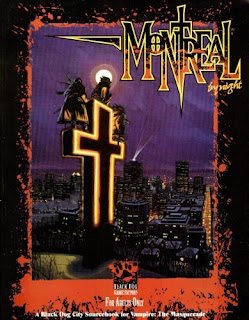 7. The Sabbat are everywhere and nowhere

The Sabbat are now a far more mysterious and unnerving sect to the Camarilla and Anarchs due to the fact its impossible to know what they're up to. With so many groups operating in secret and in places beyond the Camarilla's reach, they could be changing in ways both unexpected as well as malignant. While the Sabbat was always prone to secrecy and using infiltrators, the military structure at least allowed some sense of what they were about. The divisions and recent changes mean that you are as likely to find wholly unique cults of Sabbat operating in an area than anything resembling uniformity. Do they answer to a single Regent anymore or ten? Anyone at all? Storytellers have a lot of freedom to depict the Sabbat remnants as they wish.

8. The Sabbat is aware of its failures regarding the Antediluvians

During the events of Beckett's Jyhad Diary, the Amici Noctis became aware of the continued existence of the Lasombra Antediluvian. Others became aware of its continued survival during the Gehenna War. It is not absurd to think the Tzimisce came to a similar conclusion regarding the existence of their Antediluvian given that Beckett found out the truth from the surprisingly chatty Lambach Ruthven. This means that the hubris of the Sabbat regarding their Eldest has been shattered and may be why they decided to go on their seemingly suicidal mission to the Middle East.

9. The Sabbat are terrifying

The Sabbat have always been the designated "bad guys" of the setting but have been depicted with a code of honor and a point to their madness. The Antediluvians are real and will bring about the end of the world, so those who oppose them are good (or the lesser evil). With its focus on street level games, grit, and having human associations--the Sabbat is meant to come off as far more terrifying than it did in, say, Bloodlines. Those little crab-heads murdering people are individuals with names and self-awareness now. A thing to emphasize in V5 is the Sabbat, new or old, are positively pants-wetting fear inducing to Kindred let alone mortals. They are alien, twisted, and horrifying to even their fellow monsters. Really, they always should have been but they've become more so. 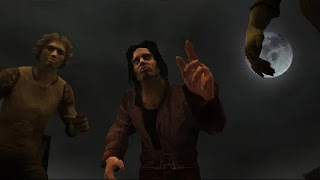 10. The Sabbat is divided, not broken

The Sabbat have priests conducting loathsome rites underneath Montreal, terrorist groups conducting attacks against Chicago's Kindred, and operatives coming back from the Gehenna War shattered in mind but fat with the blood of ancients. Many of them have no idea what their sectmates are doing and are carrying out their own individual plans to rebuild or remake the sect. That doesn't mean the sect is weaker but it means the threat they pose is a different scale. They're less likely to do old-fashioned sieges to take over a city with the Second Inquisition ready to pounce at any moment but more likely to slowly subvert the Humanity of an entire domain's Kindred population. A single Sabbat serial killer may frighten an entire region's Cainites by the fact he simply no longer cares about the Masquerade as a whole and openly kills whoever he likes whenever he likes. Another might be possessed by the Ancient blood he's consumed and have an agenda all his own. We'll have to see what emerges from this state of chaos.
Posted by CTPhipps at 11:25 AM