What is Post-Lovecraftian fiction? 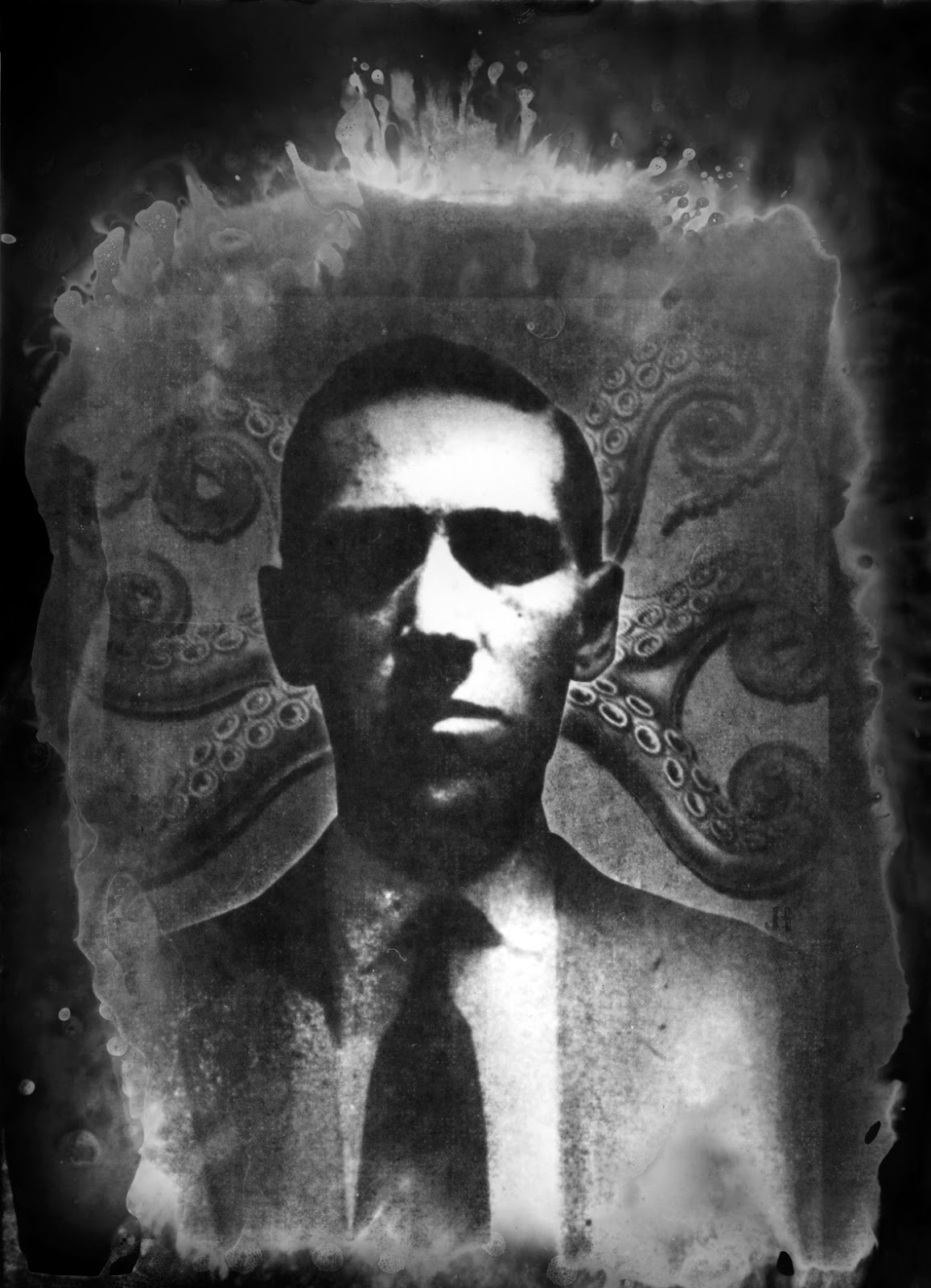 H.P. Lovecraft is one of the founding fathers of American horror, influencing the likes of everyone from Stephen King to John Carpenter. He was part of a circle of writers which included Robert Bloch (Psycho), Robert E. Howard (Conan the Barbarian, Solomon Kane), Fritz Leiber (Fafhrd and the Gray Mouser) and others who went on to become some of the foremost fiction writers of their genres.

Lovecraft's very name has gone on to inspire a kind of genre around his works: Lovecraftian horror. According to The Encyclopedia Cthulhiana Lovecraftian Horror is characterized by "Lovecraftian horror is a sub-genre of horror fiction that emphasizes the cosmic horror of the unknown (and in some cases, unknowable) over gore or other elements of shock, though these may still be present." Lovecraftian horror has been codefied by, perhaps, too-strict fans of Howard Phillip's work to create a rather bleak universe which can only end in the destruction of its protagonists.

The horror of H.P. Lovecraft's writings is in the universe's uncaring and pitiless nature. Gods and meaning may exist but only for beings decidedly alien to humanity. Religion is a force for madness and destruction. Science and reason can do nothing more than reveal mankind's pointlessness before bringing down destruction on its users.

Perhaps most troubling is the genre is influenced by Lovecraft's own anxieties about the world, which included strong racist beliefs even for the time. Much of his writing's effectiveness comes from his use of othering to make sure his monsters are repulsive on an instinctual level. The Deep Ones, one of Lovecraft's most famous monster races, are uncomfortably obvious as a metaphor for the so-called "evils" (*eye-roll*) of miscegenation.

This, of course, ignores works like The Dunwich Horror and The Strange Case of Charles Dexter Ward where the protagonists achieve a temporary victory over the Cthulhu Mythos. Likewise, At the Mountains of Madness is a story where Lovecraft's protagonists come to emphasize and sympathize with some of the aliens they discover.

The thing is, H.P. Lovecraft's ideas are dissonant with many real-life interpretations of the world. Robert E. Howard was, despite being his contemporary and pen-pal, arguably the first Post-Lovecraftian author as his stories presented a horrific universe every bit as pitiless as H.P. Lovecraft's own. Few people remember the Hyborian Age and all of its civilizations are destined to be swallowed up as the even more ancient ones preceding it. This isn't even including the many monsters and terrors Conan the Barbarian fought.

Unlike Brian Lumley or August Derleth, Robert E. Howard didn't place "good" Elder Gods to oppose the Great Old Ones in his universe--he simply changed the perspective of his protagonist. Lumley further took the debased horrific-looking hybrids of The Shadow over Innsmouth and created the beautiful half-human, half-Old One love interests of his Titus Crow novels. Faced with a cold, uncaring, and pitiless universe--Conan of Cimmeria carries on. Clark Ashton Smith had a similar attitude in his writing, adding the fact many supernatural beings of his universe weren't necessarily beneficent but weren't automatically hostile either.

Later writers would critique H.P. Lovecraft's themes in their own way. Elizabeth Bear's Shoggoths in Bloom (available to read here) undermines the racism of H.P. Lovecraft's work by taking one of the most alien and disturbing of his creations and presenting it in a sympathetic light. More recent The Litany of the Earth by Ruthanna Emrys (available to read here and reviewed here) is a deconstruction of Lovecraft's writings to show the lunacy of racism.

Brett J. Talley's That Which Should Not Be (reviewed here) applies Lovecraft's tropes of weird fiction to the Bible, using Judeo-Christian mysticism in a way not too dissimilar to the creatures from the Necronomicon. Lovecraft, himself, was an atheist but the weird hybrid of tentacled monsters versus traditional religious beings isn't all that uncommon in fiction. Author Simon R. Green is fond of this trope and for an anecdotal example, I admit to having had Archangels fight Cthulhuean hordes in some of my own over-the-top tabletop gaming sessions.

I, myself, had to confront the issue in Cthulhu Armageddon that my own beliefs conflicted with the unievrse. While a theist, I long accepted the world was a pitiless and unforgiving place where any meaning we brought to it was done by humans deciding to apply it. That was a direct contradiction to the idea human beings would crumble underneath the overwhelming horror of not being the center of the universe. I saw no more reason for humans to be overwhelmed by the Mythos than I did for the fact meteor strikes or volcanoes could destroy the world.

Even Brian Lumley and August Derleth's writings are more about attitude than anything else. The existence of the Great Old Ones is unquestionable but it is less about the Elder Gods being allies to oppose them than their protagonists' reaction. Faced with unimaginable beings and cosmic meaninglessness, the heroes decide to fight on anyway. It is this sort of attitude which has resulted in stand-ins for Cthulhu being defeated by the Ghostbusters and Justice League.

So what is Post-Lovecraftian fiction?

Post-Lovecraftian fiction is fiction built around Lovecraftian monsters and ideals but avoiding or subverting elements the author disagrees with. It can be as simple as viewing humans as not so fundamentally helpless against the Mythos or as complex as deconstructing the othering of the Old Ones to reveal a common ground despite vast differences. It is an attempt to "pick and choose" what parts appeal to an author and view the other elements through a modern lens. In short, it's taking H.P. Lovecraft's works and putting your own spin on them.

Any successful genre tends to go through a process like this where its deconstructed and people find they may like some qualities but not all of them. The Western genre has been interpreted many times through different lens. Some present it as a time of naive innocence and American individualism while others highlight its lawlessness. Others still focus on the oft-ignored plight of the Native American, forced off their lands and persecuted relentlessly. One of my favorite genres is cyberpunk, which firmly exists in the pre-and-post-cyberpunk eras.

While not directly influenced by H.P. Lovecraft, at least as far as I know, I started to question a lot of the assumptions behind Lovecraftian horror after seeing the TV serial: Doctor Who and the Silurians. The Silurians are, at first glance, very Lovecraftian creatures. Ancient primordial reptile-men with advanced technology, they've been sleeping for millions of years and are about to rise up to reclaim the Earth.

The serial then zags instead of zigs. The Doctor confronts the Silurians and humans both, asking why the two can't peacefully co-exist. Unlike the conflict between the Bugs and the humans in Starship Troopers, the idea of two sapient species living alongside each other is not dismissed out of hand. Ironically, the alien differences in their biologies is presented as a reason for why peace is possible. Silurians need to live in extraordinarily hot desert-like environments, which humans obviously tend to avoid.

At the risk of spoiling, the conflict between the Silurians and the humans ends badly. The xenophobia of both races proves insurmountable despite how close they come to emphasizing with the other. Still, the Doctor's reaction to the humans managing to destroy the Silurians underground city is telling, as in Call of Cthulhu the tabletop game, it would be considered a victory. What do you think, Doctor? "But that's murder."

After this episode, I could never treat the Deep Ones and similar creatures quite the same way. In my mind, they may or may not be evil but it seemed disingenuous to critical thinking to assume they were monsters just because they were ugly. Lovecraft, himself, played with this by making Richard Upton Pickman of the Deep One-like ghoul race an ally of his Dream-Quest protagonist Randolph Carter. As a result, whenever I work on the Deep Ones or other Lovecraftian species, I focus less on the horror of their bodies and more on their actions. I also think the occasional subversion is good for the genre of Cthulhu Mythos fiction.

Some may argue this has the potential to diminish the horror of the work. That horror fiction, on some level, depends on 'othering' to make something scary. There might be something to that as Lovecraftian creatures removed of their repulsive qualities become the sort of creatures you'd meet at the Mos Eisley cantina. However, I'm of the mind the mere existence of weird aliens is not  enough to cause people to faint away in horror. Likewise, while you may still be a man or woman of faith in the Modern Age, science has revealed a very big universe. The unknown and incomprehensible may terrify some but it fascinates others. As stories like the ones in the Cthulhu Unbound novels illustrate, there's nothing wrong with Lovecraft elements outside of horror and weird fiction either.

In short, we live in a time where H.P. Lovecraft's works are ripe for reinterpretation. It may just be Great Cthulhu has been maligned by writers over the years. Who knows? He might just be as scared of us as we are of him.

Probably not.
Posted by CTPhipps at 11:01 AM