The Litany of Earth review 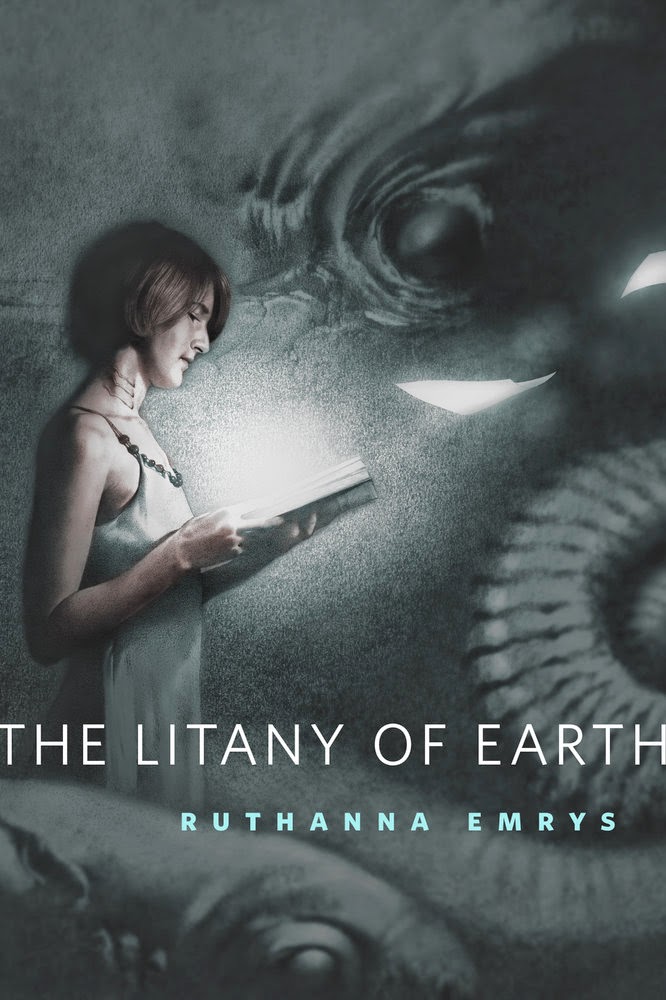 The Litany of Earth is a short novella, roughly 32 pages, depicting the life of Aphra Marsh. Aphra Marsh is an unusual protagonist as she is a Deep One hybrid and trying to make a normal life for herself amongst humans. While short, The Litany of the Earth serves as one of the best deconstructions of Lovecraftian horror in years.

I admit to firm bias as one of the things I was tackling when writing my idea for Cthulhu Armageddon was how to deal with the Othering of other races. I could ignore it and treat monsters as monsters while ignoring the metaphor, I could embrace it fully (which was never going to happen), or I could subvert it. In the end, I chose to subvert it and my decision to make Cthulhu Armageddon the first Post-Lovecraftian series of novels.

It seems Ruthanna Emrys has beaten me to the punch.

The Litany of the Earth invokes things like the United States attempts to eliminate Native American culture, Japanese internment, and other real-life atrocities to compare how the children of Innsmouth were affected by their imprisonment post-The Shadow over Innsmouth. She never attempts to compare the suffering of her fictional human-fishman hybrids to that of real-life victims but the applicability is there.

The conceit of the story is that Ruthanna believes the United States motivation for destroying Innsmouth was a mixture of racism as well as hatred for the non-Christian religious practices of the townsfolk. Which, given the time period, would have been a perfectly valid justification for the all-out assault we saw at the end of the short-story. Much as some fantasy stories have depicted things from the perspective of orcs rather than humans, so is this from the perspective of the Deep One hybrids.

Lovecraft purists may note there's no attempt at moral ambiguity here. The Innsmouth people are depicted as victims and the story ignores the Marsh family's reign of terror over regular humans. This isn't necessarily a retcon as Aphra Marsh spent the majority of her life in an internment camp, so there's no problem assuming she might be looking at things with rose-colored glasses.

What does the Marsh family's crimes have to do with her (and dozens of other Deep Ones held prisoner for decades), anyway? That's a bit like blaming Princess Anastasia for the crimes of Czar Nicholas II and his predecessors. It's anvilicious but some anvils need to be dropped when dealing with America (and other nation's) racist as well as culturally dominionist past.  The fact H.P. Lovecraft is virtually a symbol for authors who were really talented but intolerant is what makes the story interesting.

There's a lot of really fascinating and interesting ideas in this book on concepts like immortality, xenophobia, legacies, othering, and comparative religion. I've always maintained Great Cthulhu is nothing more than H.P. Lovecraft's secret jab at the weirdness of Christianity (which would mean I'm a Cthulhu cultist). For Aphra Marsh, the hatred and loathing she receives from humanity for believing in a god who bring about the end of the world is no different than someone being despised for believing the Book of Revelations.

Moments I liked in the story include Aphra Marsh being approached by a government agent who insists they're different now despite the fact he's talking to someone who was victim of a state-sponsored genocide. I loved Aphra's dealing with the Great Race of Yith who are, perhaps, the only people who will remember humanity when we've long since gone extinct. I also enjoyed her struggle with the familiarity of the Cthulhu cultists' faith versus how badly they're mangling it.

Aphra Marsh is a likable protagonist but she's not without her flaws. She's pretty angry over her horrible treatment, for one, and takes it out on other people. I liked this element as it shows a very human side to someone who has been treated as less than human her entire life. We also get some great moments where Aphra is forced to deal with a guilty-feeling government agent, similar racism towards her from other Cthulhu Mythos races, and even a stab at cultural appropriation.

How would you feel if your religion was adopted by a bunch of ignorant rich folk who think it's cool but get the details wrong? The idea even Cthulhu-worship deserves respect and honor is something I found quite intriguing. The only real flaw I have with the novella is it ends so abruptly. I was hoping for much-much more. Thankfully, Tor books has wisely contracted two more novels of Aphra Marsh's adventures.

I recommend all fans of Lovecraft pick this up and I hope the author expands it into a full-length novel.