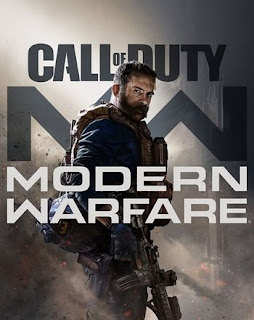 Let's be honest, Call of Duty's campaign mode hasn't been good for awhile now. It used to be one of the biggest franchises in the world but it got trapped in the yearly development cycle and then went in some odd directions. I don't think we have to explain that Ghosts, Advanced Warfare, and Infinite Warfare were not great directions to pursue. Each of them more or less ended without any resolution to their campaigns and weren't terribly great stories to begin with. Black Ops went from being a hardened gritty historical campaign to a near-future science fiction one (which was pretty damn good) to cyberpunk weirdness. Hell, Call of Duty: Black Ops 4 didn't even bother with a campaign.

My opinion on this is that the developers have a desire to avoid any form of controversy or politics. This is a problem when dealing with frigging war. The aforementioned campaigns went to some absurd degrees in order to reduce their campaigns to their most asinine Saturday Morning Cartoon-esque level. These include creating a Nazi-esque South American Federation, fighting Martian Nazis, and using Kevin Spacey (which is all the evil you need). It bothers me that that the most "realistic" game I could play right now is Ghost Recon: Wildlands, which had Bolivia taken over by a Mexican professional wrestler obsessed with Santa Muerte.

Modern Warfare wasn't a particularly realistic trilogy, even in the original game. You had a level where you stopped a nuclear attack on America, had America invaded by Russia, had the heroes EMP America, and a few more other Big Budget action movie set pieces. However, for all of its silliness, it was a game that had a few things to say: nukes are a terrible thing, the good guys don't always win, vengeance is a terrible motivation for war, and killing the "bad guys" doesn't often make the situation better. They are not deep messages but they were messages and political ones at that. Which is why I was cautious as well as optimistic about picking up Modern Warfare's latest installment.

The premise of 2019 is that the United States is carrying out a proxy war with Russia and Al-Qatala ("The Killers") in the fictional nation of Urzikstan. Urzikstan is basically a combination of Syria, Chechnya, and Iraq. After a botched mission to recover some nerve gas being manufactured for illegal use by the Russians and an attack on Piccadilly Circus by Islamic terrorists, the SAS as well as American CIA are sent in to increase the pressure on both. Its very similar to the events of the original Modern Warfare yet strangely perfectly topical.

This is a smaller, more intimate war than the original Modern Warfare games but works well with the context of the story. The majority of the action takes place in Urzikstan and you get a sense of the place even if it's mostly a war-torn disaster zone. The set pieces are a collection of "ripped from the headlines" real-life events with the assault on the US embassy in Benghazi, the Highway of Death (more on that later), the London attacks, the waterboarding of prisoners, and Russian war crimes in Syria.

There's a certain level of humor in the fact that this intensely politically charged subject matter has been said to be "not political" by the developers. It's also doubly funny because Time Magazine praised Call of Duty: Modern Warfare as the installment where the game franchise "finally grows up." My opinion on the subject is that a game that doesn't have any politics is a game that has nothing to say. Which, if that's what you want, fine but you're not contributing to the medium being art. It's why my favorite video games are Deus Ex, Metal Gear, and Bioshock that wear their politics on their sleeves.

Still, there's an argument over whether this game has anything to say other than "terrorism bad, war crimes bad, Bad Russians bad, Good Russians good." That's a fairly decent argument but I think the game has much to say simply by illustrating the complicated relationship between governments, partisans, and the troops on the ground. The fact that this is a game starring a Muslim woman resistance fighter, Farah (Claudia Doumit), says something even in 2019. Indeed, the game unfortunately has a plot "twist" that strongly resembles a real life event that the developers couldn't have predicted and doesn't pain the USA in the most favorable light.

Generally, the game is just a action adventure that involves you fighting against bad guys but that doesn't necessarily mean it doesn't have anything valuable to say or isn't all the better written for it. So, I'm going to upfront say that this is probably my favorite Call of Duty game since Black Ops 2. There's some flaws in the game and ones things that I would have changed but the writing is enjoyable, the set pieces are well-designed, the graphics are gorgeous, and the gameplay is a vast improvement for reasons that I'll get into.

The game is fairly standard first-person shooter fair in some levels with the assault on a Russian military base, chases in the street, and a few other missions that suffer for their typicalness. However, there's some genuinely genius pieces of level design that I appreciate. "Clean House" is a Rainbow Six-esque mission with night vision goggles that you have to go through, one floor at a time, in order to deal with a radicalized London apartment building's terrorist cell.

Sometimes, you have to make choices about whether the women in the house are noncombatants or terrorists themselves. "The Highway of Death" has an extended sniper sequence that takes advantage of the original Pripyat mission's strike against Zakhaev. "Going Dark" is a massive map that allows massive freedom of movement even as it emphasizes stealth and using light to fight against overwhelming numbers of enemies.

The role of civilians in this game is something that is handled very differently from previous versions as there's a lot of focus on the fog of war. While there's automatic game overs for killing too many civilians, there's many instances in the game where you can and get away with it. Indeed, they're deliberately set up to emphasize that it's not always easy to avoid civilian casualties and you can't always tell who is a threat. One of the most tense moments in the game is whether or not to let a car pass by when it could be carrying a bomb or reinforcements.

One of my favorite parts of the game is when you play the twelve-year-old Farah when she's caught in a bombing run by the Russian military, followed by their subsequent massacre of her town with chemical weapons. It's a harrowing scene and while some might find the idea of her stabbing a soldier as a little girl to be ridiculous, I found it a strong bit of writing. Violence has come to these people and they have nowhere to go to escape it. They didn't volunteer to become soldiers like so many other protagonists in the series.

Despite this, I do have some criticisms of the game. The game's politics are for a fictional nation so that means the events they cite have frequently different contexts. The Highway of Death in real life was the United States bombing an Iraqi highway full of soldiers that happened to have civilians in it while in-game it was Russia bombing fleeing refugees. The Russians are occupying Urzikstan in-game and there's no sign of an Assad-esque puppet regime that would carry out the majority of atrocities that are similar to the ones on display here. I'm no fan of the Russian Federation or its RL atrocities as well as invasions of its neighbors but it gives ammunition to critics of this game as propaganda.

In conclusion, the game is very strong and well-written in its single player campaign. The multiplayer element is more or less the same thing that we've always gotten with COD. The lack of a zombies mode will also irritate some players. Still, I'm going to say this is an impressive piece of work and that I'm very glad I bought it.