Why a Star Trek reboot was necessary 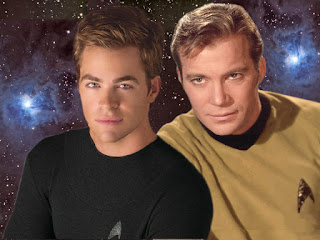 My name is Charles Phipps, and I am a Trekkie.

This is, quite bluntly, the Platonic true form of nerd in many people's minds. My wife, lovely woman that she is, finds Star Trek to be the most embarrassing of my hobbies. She's okay with my being a Star Trek fan but I read the novels, routinely watch the old shows, and would go to the conventions if I had the extra cash.

The problem is, time marches on. I think this is the most annoying factor to Star Trek fans, and indeed, fandom in general. No one likes to acknowledge they're getting old. However, comic books have been dealing with this fundamental truth for generations. When fans get old(er), set aside "childish things" (or let them become nostalgia), a fandom has to court new(er) audiences to survive.

Buck Rogers, Tarzan, and Flash Gordon used to be the most famous mulch-generational stories there were. Unfortunately, time had a way of eroding their good will so that all three drifted out of the public consciousness. The Flash Gordon TV series on SyFy illustrated just how badly reboots can go, leaving people with a poor impression of what the franchise is all about, but letting them know it exists.

Star Trek is in no danger of disappearing, of course. It's as influential as its rival Star Wars and has shaped public consciousness to the point every science fiction program takes something from its setting. Indeed, real-life inventions like the cellphone have been influenced by Trek. However, by the time of Star Trek: Nemesis, most fans were aware the writing was on the wall.

Ron Moore created his Battlestar Galactica reboot which, horrible ending aside, never shied away from controversial topics. Social progressiveness has gotten to the point that we have a transgendered character causally introduced on Elementary, when the only homosexuals on Star Trek allowed were evil Mirror Universe counterparts. Which, given they were genetically identical to their alternates, meant half of DS9's cast was bisexual but never bothered to show it.

A new series was, and is, necessary to tackle the kind of subjects the show was made famous by. I believe Star Trek belongs on the small screen and, ironically, the movies are keeping that from happening. Still, this is a essay to defend the reboot as opposed to oppose it. If nothing else, JJ Abrams material has done something which has rocked my Trekkie heart to its core. Its made Star Trek cool.

The JJ Abrams reboots have put Star Trek squarely back into the public eye and earned no small amount of good will from the public in general. More than anything, though, they've introduced a whole new generation of individuals to the world created by Gene Roddenberry. While not as successful as, say, Michael Bay's Transformers--it's given Star Trek a badly needed shot in the arm (or hypospray if you will).

A lot of my fellow fans point out nothing I've mentioned necessitates a complete restart of the series. Why are we in a parallel reality, anyway? Why are we closing the universe on Star Trek universe-1, anyway? The Next Generation continued the universe of the original cast and crew, after a fashion. Ironically, older fans have told me TNG was originally loathed because it wasn't Star Trek: The Original Series Season 4 (or 6 if, if you count the animated series' two seasons). Gradually, though, TNG won over even hardcore fans.

I'd be remiss, of course, if I didn't mention the caveat we're all thinking: but Charles, TNG was good!

Okay, you've got me there. I could argue that the first couple of seasons of Star Trek: The Next Generation were gloriously bad but they were never boring to my adolescent self. Even when Tasha Yarr was being killed by a sludge monster, I enjoyed it. JJ Abrams, likewise, is never boring but there's not much content. The words 'pure spectacle' come to mind when describing his movies compromised of almost pure action and adventure.

He's made no secret of his Star Wars influences and man, what sort of Mirror Universe are WE leaving in that the Star Wars movies are about separatism, trade-negotiations, religious dogmatism, and political corruption while Star Trek is all about the "pew pew"? A Mass Effect movie is impossible now because between JJ Abrams Trek and the Total Recall remake, there's no point.

However, the big anchor weighing down any new fans is continuity. The most successful science fiction reboot in recent memory to both fans of the old and the new is probably Doctor Who. What managed to make that palatable to new audiences? Well, in addition to any number of small changes, they started from the beginning and introduced every element from the beginning.

Would Star Trek fans be willing to sit through an explanation of what Ferengi, Klingons, Bajorans, Prophets, Organians, Q, Augments, and so on are? Perhaps they might have, but that's partially what the reboot movies are. They're cherry picking from the best of the franchise and letting us remember the good without the bad.

That's the dark side of this discussion, I think. A lot of fans don't want Star Trek to change and you either evolve or die. As fans, we've suffered through some horrendously bad movies, but Abrams' Trek challenges us with brainless popcorn fair. Nothing says "grumpy fan" than complaining about everyone liking your series. Do I want more from our films? Yes, but I'm content with the pew-pew until something meatier comes along.

Besides, there's nothing preventing the old series from being appreciated. They're DVD and Netflix, waiting to be experienced again whenever I want. Nothing JJ Abrams will do can take that joy away.

Live long and prosper folks.
Posted by CTPhipps at 12:17 PM