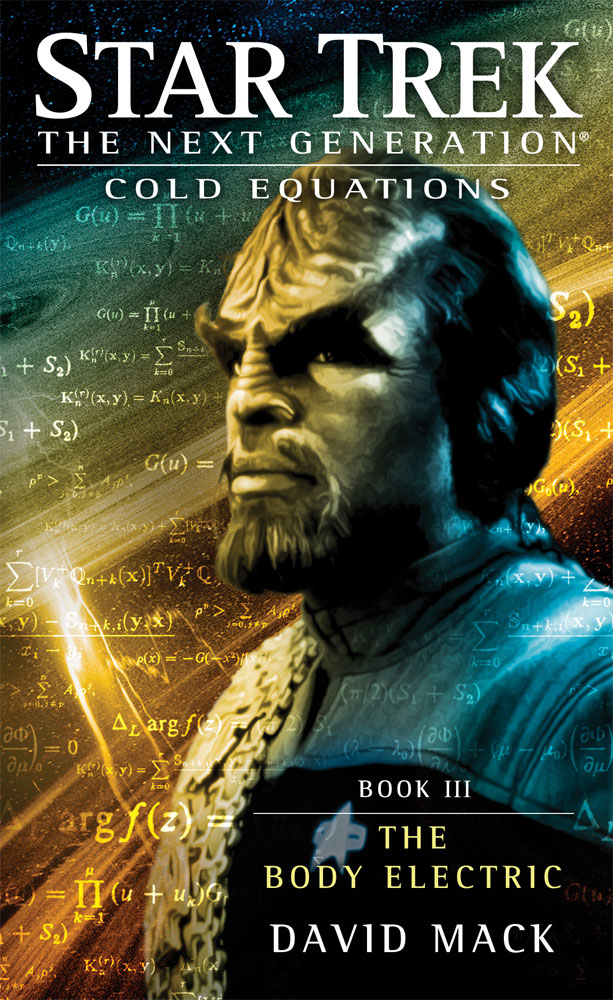 There are two kinds of Star Trek fans: those who like Wesley Crusher and those who don't. I, for those who wish to know, am one of the former.

I was a wee lad of seven when Star Trek: The Next Generation first came on screen. Despite this, I watched it religiously and thought Wesley was the bomb. There was no reason not to like Wesley since, of course, a fourteen-year-old kid could do everything an adult could do but better. That was just common sense (at my age)!

I suspect the older a Trek fan you were, the more irritating you found Wesley, at least until you reached your thirties when I suspected you found the whole idea of a Boy GeniusTM endearingly quaint. Whatever the case, Wesley Crusher is a character I'd love to read more about but has shown a peculiar (or perhaps not so peculiar given fan rage) absence from the literary Trek.

Still, it may surprise you I wanted to read this book before the others because I was so excited at the prospect of Wesley Crusher playing a significant role in this novel. I am very pleased with David Mack's interpretation of what the character would be like after fully coming into his powers as a Traveler. He's a combination of adult Will Wheaton and the arrogance his character displayed as a boy tempered with genuine wisdom.

The premise of The Body Electric is a great deal more space opera than usual, dealing with the kind of threat which makes Nomad or V'ger look comical. A massive machine is dumping massive number of planetoids and stars into a black hole. It's a mass murderer on a cosmic scale, every bit as evil and vile as the Borg. Wesley discovers this monster's existence and decides he needs to help of Captain Picard to stop it.

Tying into this story is Data 2.0's continued quest to find the immortal Flint. This takes him into confrontation with renegade A.I. who are presently holding said immortal prisoner. This book also marks the return of Rhea McAdams, a character I've always been intrigued by. Despite her being branded 'Data's love interest', I always felt she had a bigger role to play than the novels let her play.

The portrayal of Wesley Crusher, as mentioned, is extremely enjoyable. As a 'space-wizard' he's a very interesting character with powers that are simultaneously awe-inspiring but limited to teleportation. Nevertheless, you could use him as justification for all sorts of shenanigans and I hope we'll see him in future books. His conversation with his mother about not knowing 'what he was' (and how a seemingly normal human gained abilities such as is) was a particularly touching one.

Unfortunately, I can't say this particular novel hit me completely the right way. For one, Doctor Crusher continues to be deriding and antagonistic over her loved one's choices. Not only does she disapprove of Captain Picard's 'family first' attitude but openly calls into question her son's humanity. Her statement she's not going to abandon her post is wonderful but the fact she doesn't think about evacuating her son from the possible destruction of the galaxy (despite it being within her power) is horrifying.

I also wasn't particularly satisfied with the way this work ended. Without spoiling, I was a great fan of the way the Borg were dealt with in Destiny as well as the expansion on the Breen as more than just a race of space-suit-wearing bad guys.

Here, however, the Machine's actions are not informed by an accident (like the Borg) or dissent. The Machine is not ignorant of organics, like V'ger, it's just outright prejudiced against them. Like the Dominion, I don't believe the Machine race warrants the same level of compassion other beings do. They are willfully malicious in their genocide and I find their actions to be vile. The crews continued attempts to make peace are valid for Starfleet but the Machines are, in my mind, fundamentally awful people.

One element of the book I really did enjoy was the discussion of 'clone immortality' which has been forwarded by such fiction as the Sixth Day and Dollhouse. Indeed, the Vorta practice a form of it and I was surprised they weren't mentioned during the discussion. Basically, whether or not it's valid to keep creating perfect copies of yourself as a means of perpetuating you. The book comes down on the side this is dumb and not a from of immortality at all, which I agree with, but it's interesting to see a discussion on the unique science fiction concept at all.

In conclusion, I liked this book and enjoyed its epic stakes. I do, however, wish a few things had been changed.